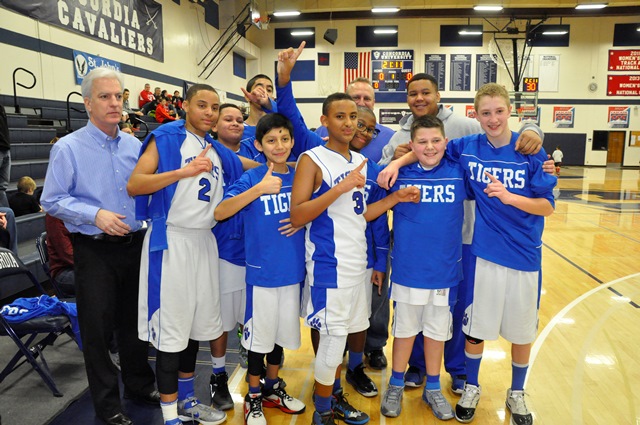 Their first game is Friday, at 2:30 p.m. Pacific Time. You may watch it live at www.lbaa.org and click "on the air." The last time that TLS participated in this national competition was in 2008.

The team is also fund raising because tickets to Indiana round trip right now are running $900. They have a Go Fund Me page http://www.gofundme.com/nyrsx4 and any support is tax deductible and can be mailed to: Trinity Lutheran School, 5520 NE Killingsworth, Portland, OR 97218. Questions: DeAnn Brandt at 503-803-4682

This link has been created for you to provide your feedback, input and concerns.  http://www.portlandoregon.gov/police/article/521411

Questions to consider include:

March 24, is the annual American Diabetes Association Alert Day, a “wake-up call” asking the American public to take the Diabetes Risk Test to find out if they are at risk for developing type 2 diabetes.

Diabetes is a serious disease that strikes nearly 30 million children and adults including over 343,000 living in Oregon and Southwest Washington. A quarter of those affected by diabetes are not aware that they have the disease. Recent estimates project that as many as one in three American adults will have diabetes in 2050 unless we take the steps to Stop Diabetes.

During its 75th Anniversary, the Association is even more committed this year to making sure the public is aware of their risk for type 2 diabetes. The campaign will run through April 21.

On Alert Day, Americans will be urged to take the risk test at diabetes.org/portlandalert and start living a healthy and active lifestyle.

N. Portland DMV to Close for Move to New Location

The North Portland DMV Field Office on N. Interstate Avenue will be closed the week of March 23 and will reopen March 30 at its new location1186 N. Hayden Meadows Drive in the Delta Park Center.

The new office will provide a larger lobby area and more parking spaces for customers who need in-person services. It will also have additional counter spaces to increase capacity to serve customers.

The North Portland office had been at the North Interstate Avenue location for over 30 years. When the office reopens March 30, its business hours will remain the same: 8 a.m. to 5 p.m. Monday through Friday, except on Wednesdays when the office opens at 9 a.m. If you need to visit a DMV office in person during the closure, check OregonDMV.com for the nearest locations.

You may visit the Southeast Portland office located inside Mall 205, next to Target on the back side of the mall. The Mall 205 office opened in February so that the ODOT-owned building on Southeast Powell Boulevard can be expanded. Before going to any DMV office, the agency suggests that you first check www.OregonDMV.com to make sure you have everything you need for your business at DMV.

Common transactions such as renewing vehicle registration, changing your address, and reporting the sale of a vehicle can be done online.

Those older than 50 are invited to attend a Giving Forward Workshop to learn ways to make a lasting difference in the world. The workshop will be held at the Overlook House, 2829 N. Melrose Dr., Portland, Saturday, April 25, at 8:30 a.m. and is sponsored by SAGE, Senior Advocates for Generational Equity.

Portland-based SAGE seeks to inspire older adults to give forward their time, talent and passion to enable younger and future generations to thrive. Call 971-717-6570 for more information.

The public also is invited to attend the free MusicianFest Performance Series April 21 and April 28, from noon to 1 p.m. at the Hollywood Senior Center, 1820 NE 40 Ave., Portland.

The performances are in partnership with the National Council on Aging’s National Institute of Senior Centers and the Music Performance Trust Fund.
Also during April and May, the Hollywood Senior Center is hosting a new class on visual storytelling. Classes will be held on Thursdays, 2:30 p.m. to 4:30 p.m., beginning April 16 through May 21, 2015.

For a full schedule of events at the North Portland Senior Center and the Hollywood Senior Center, visit hollywoodseniorcenter.org and click on the “What’s New” tab.

The 17th annual Youth Achievement Awards celebration is scheduled for Sunday, June 14, 2015, and nominations of youth ages 11-19 are being accepted. Up to 300 young people will receive awards.

Coordinated by the Clark County Youth Commission under the guidance of the Department of Community Services, the award program recognizes youth who have demonstrated achievement in any of 13 categories. The categories are: arts; career development; citizenship; courage; education; empathy; environmental stewardship; family life; inspiration; leadership; personal achievement; sportsmanship; and, tolerance.

Anyone may submit nominations, and youth may nominate themselves. Nomination forms are online at www.clark.wa.gov/youth-family/commission.html.
Mail completed nomination forms to Youth Achievement Celebration, Attn: Clark County Youth House, P.O. Box 5000, Vancouver, WA 98666-5000. Mailed forms must be postmarked no later than Tuesday, March 24. Forms may be faxed to 360-397-2164 by 5 p.m. Tuesday, March 24.

The tenth annual Native Caring Conference will be held on April 15-16 at the Three Rivers Casino and Hotel in Florence, Oregon. All Native Elder caregivers and relative caregivers of children from Northwest Indian communities are invited to attend.

The two-day conference features local and national spokespersons on Caregiver Well-Being, Medication Management, Elder Abuse, Children's Alcohol and Drug Use, and How to Communicate with Health Care Providers.

Registration deadline is April 3. The cost is $150 with a $25 discount if registration is received by March 3. The registration fee includes two lunches, dinner, and breakfast.