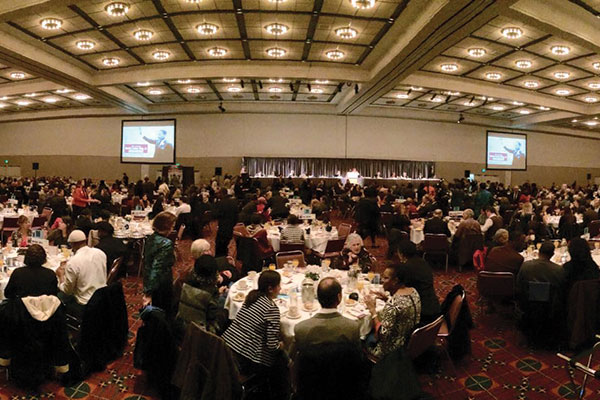 Screenings of the 29th Annual Martin Luther King, Jr. Breakfast, held on Monday, Jan. 19, 2015, is coming up on Portland Community Media throughout February.

Keynote speaker was the Rev. Benjamin Chavis, executive director of the National Newspaper Publishers Association and a former assistant to the Rev. Martin Luther King, Jr. At the age of 24, Chavis became one of the Wilmington 10, a group of teenagers and civil rights activists wrongly convicted of firebombing a grocery store in the city in 1971.

Hear his speech and more throughout this month on the following dates, times and channels: