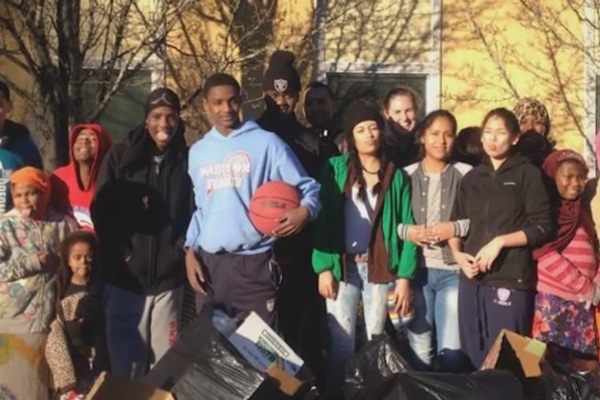 Cully youth group has released a video urging the community to help neighbords fundraise to buy a strip club in their neighborhood to redevelop it for community use.

The recent appearance of a “for sale” sign on a longtime Cully neighborhood strip club has prompted various non-profit groups to band together in an attempt to buy the property.

For over 12 years, the Sugar Shack strip club located at 6729 NE Killingsworth St. has operated in the neighborhood, directly across from two community centers, children’s bus stops, pediatric health clinics, and hundreds of units of affordable housing.

Living Cully made an offer to the sellers back over the summer that was accepted on the condition the group could accrue $2.75 million to make the purchase by Jan. 25, 2015.

Cully has shelled out $55,000 of their own money, but in order to edge closer to the  millions needed to make the buy, they are looking to the community.

“Neighbors have long hoped that this block-sized complex would go away, and that something else could take its place, something that serves the children and families in Cully,” the campaign’s Indiegogo says.

Sugar Shack (Call To Action - No Links) from Softbox on Vimeo.

Though the bulk of the funding Living Cully is looking to will come from grants and loans like those that have come from Oregon Business Development Program and Colas Construction, the crowdsourcing effort will be just as crucial to a successful purchase they say.

Though a specific development plan has yet to be determined should Living Cully secure the monies to purchase the space, they say owning it would mean the community can determine what its transformation should entail. “Cully finally has a chance to reclaim a piece of property at its very center,” they say.

For more information on Living Cully’s efforts to buy the property, visit its official Facebook by searching “let us by the sugar shack.” To consider contributing to the campaign visit www.indiegogo.com/projects/letusbuythesugarshack.