Jack and Jill of America Re-Chartered in Portland 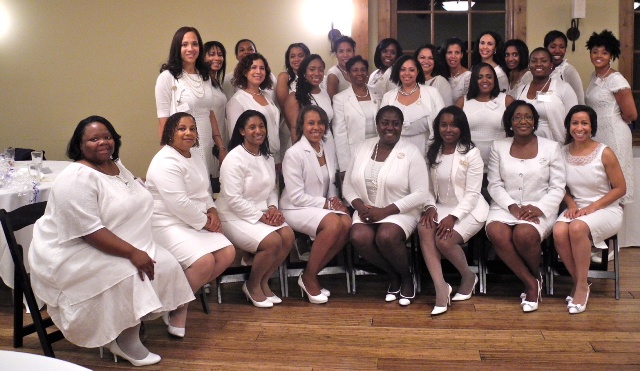 Jack and Jill President Cyreena Boston Ashby is seated at the far right.

The Installation of the Portland Willamette Valley Chapter of Jack and Jill of America, Inc was held Friday, Oct. 17 at the Elephant’s Corbett Room in Southwest Portland.

Jack and Jill of America, Inc is the premiere African American Mothers’ organization. The children, ages 2-19, are engaged in activities that are “dedicated to nurturing future African American leaders by strengthening children through leadership development, volunteer service, philanthropic giving and civic duty.”

The process of rebuilding the chapter started two years ago with Charter President Cyreena Boston Ashby and a few other women. With the guidance and support of National and Regional Leadership, it became an Interest Group and then a Provisional Group. For two years it has been operating just like any other Jack and Jill Chapter with Officers, monthly meetings, Chapter events, age group programming, Teen programming, and community service. In July, eight members traveled to the National Convention in Charlotte, N.C., to be voted in as a Provisional Chapter.

At the event, 22 women were installed as Jack and Jill members, and the new chapter was chartered. It is known as the "Portland Willamette Valley Chapter" of Jack and Jill of America, Incorporated.

In 1958 the Portland Chapter of Jack and Jill of America, Inc., was charted in the state of Oregon. For decades this mother-based organization hosted child and family development programming for dozens of Black families in the Portland metropolitan area and Southwest Washington.

In the early 2000's the Chapter was dissolved due to the lack of ongoing membership, and at the loss of Portland's celebrated educator, Joy Hicks, who served as a long time chapter president.

Since then, many Jack and Jill Legacies, who are adults who have graduated out of Jack and Jill, have had children of their own and several women from all across the United States have moved to Oregon to make it their home. Although there are several Black organizations here that most can affiliate with, Portland had been missing the type of connection and values that only Jack and Jill could offer.