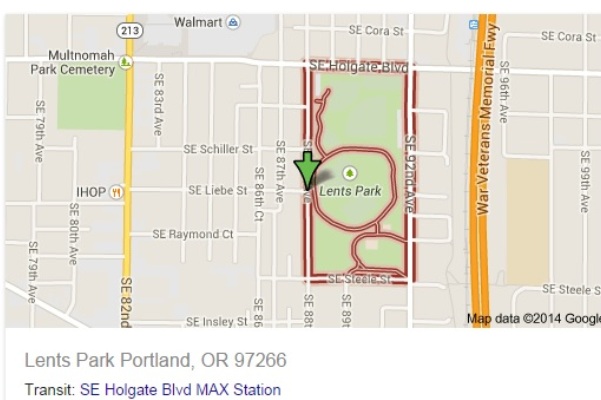 A 24-year-old woman reported she was attacked and sexually assaulted in Lents Park late Monday, Sept 22.  Police officers responded to the call at 11:52 pm .

The woman told police she was walking in the neighborhood when a man struck her on the head then sexually assaulted her in the southeast area of the park, near the basketball courts. Lents Park is located at Southeast 92nd Ave., at Holgate Blvd.

The suspect is described as an African American male, 30 to 49 years old, 6'1" tall, and 170 to 180 pounds, with "sunken" hazel to gold-colored eyes. He was wearing a red FUBU hooded sweatshirt, old white ragged shoes without laces. He was armed with a small bat and had a gun in his waistband.

Sex Crimes Unit detectives are in contact with the victim and are investigating the case. Anyone with information about this case is asked to contact Detective Jennifer Musser at (503) 823-1097, jennifer.musser@portlandoregon.gov.