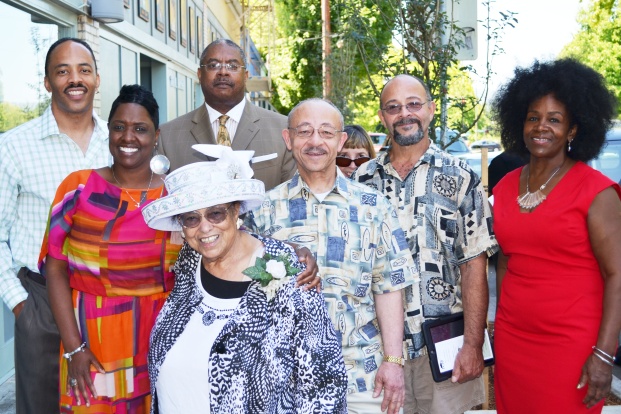 Portland Community Reinvestment Initiatives Inc. held a luncheon July 10 to honor the lives and accomplishments of five pioneers who have made a difference to Portland's Black community.

The pioneers honored at the luncheon are:

Charles Jordan, Portland’s first African-American City Commissioner. Jordan was a city commissioner for 10 years and then became Parks director, a position he held for 14 years. The City of Portland honored Jordan in June 2012 by renaming University Park Community Center as Charles Jordan Community center. Jordan was instrumental in revitalizing the center and in creating much of Portland's iconic landmarks including Waterfront Park. Portland City Commissioner Nick Fish commended his legacy, saying, “Charles Jordan took Portland Parks and Recreation to the next level. His fingerprints are all over our system.”

Harold Williams, Sr., member of Portland Community College’s Board of Directors from 1990 until 2012.  Williams continues to be remembered by his peers and community not only for his service to PCC, but also as a community leader for over 50 years, including work for Governor Bob Straub as affirmative action director and equal opportunity coordinator (a role he later filled at the Portland Development Commission as well), and as a consultant to the Oregon Youth Authority. Williams was also president of the Portland African American Chamber of Commerce and chair of the Coalition of Black Men, among many other accomplishments.

Evelyn Collins, daycare owner and community member.  Miss Collins, as she was commonly known, purchased in 1965 what is now the Wonder Ballroom.  There, she earned the respect of Eliot community members by caring for the neighborhood’s children.  “She cared about some kids that others threw away,” says Ralph Davis on the Eliot Neighborhood website. “Being a white person, it was unheard of what she did in the Black community.”  Miss Collins received numerous community service awards over the years, including KOIN-TV’s Jefferson Award, and the Humanitarian Award from Delta Sigma Theta Sorority.

Dr. John Marshall, one of Portland’s first black medical doctors. Marshall was a prominent physician whose own practice mirrored the challenges of many black Portlanders.  Originally located near Memorial Coliseum, eminent domain forced him to relocate his practice to a new location on North Williams Avenue to make way for the construction of I-5 in the late 1940s.  Regardless of location, Dr. Marshall’s connection to the community went beyond that of a typical physician: he strengthened the community by stressing education as a means to better oneself, and he routinely wrote off 20 percent or more of potential income caring for patients who did not have the means to pay for his services.