"We Are Black" Will Celebrate Portland's African American Community 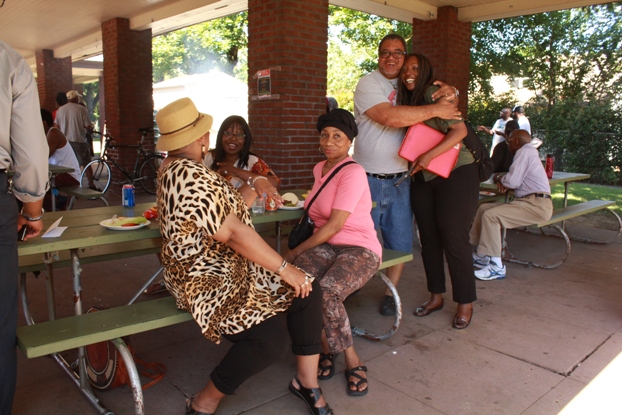 Their vision also includes reaching out to connect with other Black communities around the nation facing the same issues.

The "’We are Black. We are...’ Kick-off Community Celebration and BBQ” is Saturday, July 19, 2 -6 p.m. at Montavilla Park, 8219 NE Glisan.
Behind the motto, “Celebrating all that we are from the North to the Numbers,” the group is setting the table with free food, games, live music and DJs to bring people together for a six-month initiative aimed at a common cause.

The group is hosting monthly breakfast events and a branded “We are Black. We are Portland” t-shirt and merchandise campaign to get people together and “crowdsource” a message of community pride and self-definition.

“By creating opportunities for our community to come together in celebration, we hope to build deeper community relationships and a deeper sense of self and purpose as a community- one that is defined FOR us and BY us, rather than reacting and building our narrative based on stereotypes or depictions of our community that don't come from within,” says spokeswoman Rachel Gilmer.

“What does it mean to be Black in Portland? How does this connect to our struggles as Black people globally? What is needed to carry the baton of the Civil Rights Movement to the next level and achieve justice for our people?

“Throughout the next six months, we hope to engage the community in these types of questions, so that we can build the connections and shared understanding necessary to advance a movement in Portland,” she said. 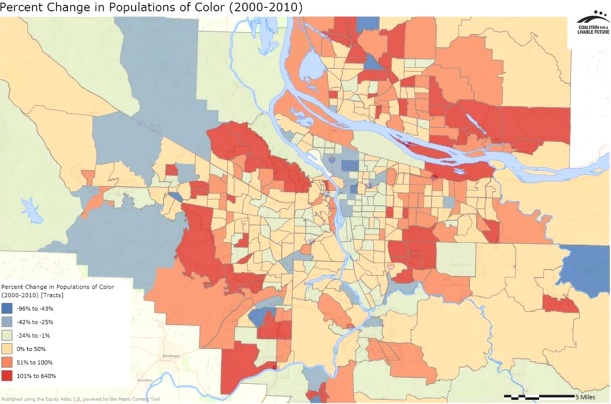 PHOTO: The Coalition for a Livable Future's Equity Atlas shows the migration of people of color to the margins of Multnomah County

Gilmer added that the group is reaching out to other communities nationally who are experiencing similar challenges to magnify the effort.

“In addition to lacking a cultural and community center, we also recognize that one grave consequence of gentrification is that many of our people have been displaced to areas that lack adequate service options, especially those that are culturally competent and responsive,” Gilmer says.

“We also recognize the need to build relationships between community members and service providers by bringing resources directly to them.”

In addition to the kickoff barbecue, the ongoing breakfast events and the t-shirt campaign, PAALF is mounting a social media project allowing community members to connect and speak out on Facebook, Twitter, Tumblr, and Instagram – literally building a virtual community center where the forces of pushout have crumbled so much of the face-to-face connections of past generations.
Through the campaign website and social media accounts, PAALF is inviting Black people locally and nationally to complete the statement: "We are Black. We are _________. "

“As such, we have launched ‘We are Black. We are...’ to  build our power and connections as  a community,” Gilmer says.