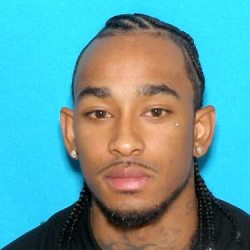 A shooting outside a strip club in Southeast Portland,  Saturday, killed a 26-year-old man and injured four others. Police say they believe the shooting was gang-related.

Officers found Hahrahcio Roy Branch, 26, suffering from a life-threatening  gunshot wound. Branch was transported to hospital and died from his injuries.

Lamarcus Sanchez Miles, 26, sustained a non-life-threatening injury to one of his eyes. Miles was transported to a Portland hospital for treatment.

Three other victims sustained non-life-threatening injuries.  They are:

Ladarrius Deon Givens, 24, who was injured in the leg.

Tony Dwayne Allen, 32, who was injured in the head.

Samantha Sonnel Jones, 27, who was injured in the leg.

Further shooting was reported Monday morning, July 7.  North Precinct officers responded to North Woolsey Avenue and Newark Street after multiple reports of gunshots heard in the area.  Police found evidence of gunfire in the 9300 block of North Dwight Avenue, including bullet strikes to a parked car and a residence in the New Columbia neighborhood. Several people were detained, but no names have been released.

Homicide and Gang Enforcement Team detectives are investigating the shootings.