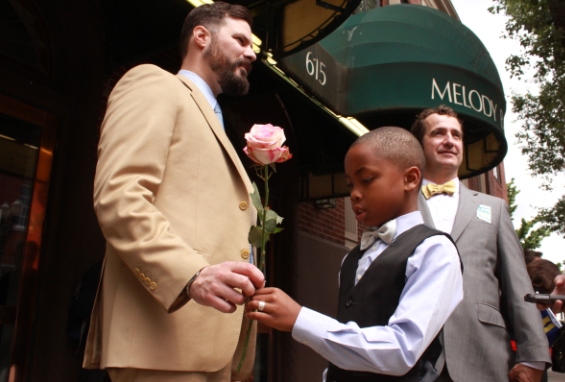 The tests are administered to adults age 18 years and older by certified wellness staff and can be completed in approximately 20 minutes. Visitors also have access to free educational information on a variety of health and wellness issues that are available in both English and Spanish. Additionally, all participants will receive a free one-year AARP membership.

Walgreens Way to Well Health Tour with AARP is dedicated to providing free prevention and early detection health services to the nation’s underserved communities. The initiative is another charitable component of the Walgreens Way to Well Commitment, a four-year, $100 million initiative to improve the everyday health of Americans nationwide.

Temporary patient service centers have been set up in three locations to make the testing as convenient as possible. If they choose, patients can be tested by their healthcare provider at another location. Patients with questions are encouraged to visit www.peacehealth.org/HepC, send an email to HepC@peacehealth.org or call the patient care support line at 360-729-2000 between 7 a.m. and 7 p.m., seven days a week.

The PGE/SOLVE Starlight Parade kicks off at 8:30 p.m. Saturday, May 31, following the Legacy Health Starlight Run at 7:45 p.m. Fans who can't attend in person can also see the Parade live on FOX 12 beginning at 9 p.m.

Thirty years ago the simple cry 'Whoop, whoop' engaged citizens of Portland, and launched the career of iconic mayor Bud Clark. In honor of the anniversary of the man who 'exposed Portland to the arts,' the Portland Rose Festival has chosen Bud Clark as Grand Marshal of the 2014 Portland General Electric/SOLVE Starlight Parade.

A 1949 graduate of LincolnHigh School, Bud Clark attend college at VanportCollege (now PortlandStateUniversity) as well as OregonState and ReedCollege. In 1967, he opened the Goose Hollow Inn Tavern and is credited with helping revitalize that neighborhood. In 1984, Clark first ran for mayor, and was reelected in 1988 (defeating 11 candidates in the process). While in office Mayor Clark supported the growth of mass transit, and led the campaign to build the OregonConvention Center.

A memorial service was held May 10 at Bethel AME church in Portland for conservation pioneer Charles Jordan. Jordan was a former Portland City Commissioner and PortlandParks director. Another remembrance event will be held 2-4 p.m. May 31 at CharlesJordanCommunity Center 9009 N. Foss.

The city honored Jordan last year by renaming University Park community center as the CharlesJordanCommunity Center. Jordan helped save the building and turn it into a community center during his time as parks director. It was just many projects in Portland made possible by his advocacy.

Have you ever wondered if your house would benefit from converting to solar energy? Now is the time to find out. Mr. Sun Solar, a Neil Kelly company, will conduct a FREE solar assessment of your home. Sign up by July 15 and Mr. Sun Solar will donate $100 to Meals on Wheels People!

Here are some reasons to consider a residential solar assessment: Cost of solar panels is at an historic low; rebates and tax credits reduce the total cost of a solar system by as much as 66 percent; solar financing is available at 0 percent down; Oregon gets more sun than Germany, the world's most solarized nation

To take advantage of this offer, visit www.neilkelly.com/mowsolar between May 15 and July 15.

College Scholarships at the Oregon Music Hall of Fame

Thank you to EPB&B Insurance funded the scholarships and Portugal.The Man helped raise funds for the education programs

Following the performance presentation, Oregon Music Hall of Fame inductee, Mel Brown, of Mel Brown B3 Organ Group, performs at 8 pm. Cover charge for that show is $6.  Please call ahead to reserve a table for Mel Brown’s Group performance, at 503-295-6542.

Diversity-Building Event at University of Oregon

The University of Oregon is taking its next step in efforts to foster equity, inclusion and diversity with a daylong event about supporting under-represented minority students, building mentor programs, and hiring and retaining diverse faculty and staff.

Attendees at the free, public event will learn how equity, inclusion and diversity enhance academic excellence when the UO’s Division of Equity and Inclusion presents “Showcase Oregon: Incorporating Best Practices in Equity, Inclusion and Diversity,” on Thursday, May 22, in the FordAlumniCenter.

Damon Williams, senior vice president and chief education officer of the Boys and Girls Club of America, who will lead the luncheon plenary, “Synergistic Partnerships and Equitable Access to Higher Education.”

Gilda Ochoa, professor of sociology and Chicana/o-Latina/o studies at PomonaCollege, who will lead the workshop, “Nurturing Diversity for Graduate and Undergraduate Student Success,”

Leslie Traub, chief consulting officer of Cook Ross, Inc., who will offer “Moving from Cultural Clashes to Academic Excellence in the Classroom.”

Showcase Oregon is free. For more information go to www.uoregon.edu.