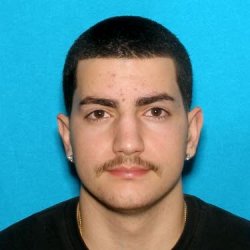 Police are asking for help in the shooting death of 16-year-old Lazaro Lizandro Fuentes-Burgos.

The boy was found dead inside a car around 3 a.m. at Northeast 59th Avenue and Simpson Street in the Cully neighborhood of North Portland. Neighbors reported hearing possible gunshots at around 1:40 am Monday May 12 but police were not notified immediately.

Fuentes-Burgos suffered fatal gunshot wounds while he was sitting in the driver's seat of a red 1994 Nissan Sentra.

The victim has no known gang or drug ties and the motive for this shooting is not known to investigators.

Crime Stoppers is offering a cash reward of up to $1,000 for information, reported to Crime Stoppers, that leads to an arrest in this case, or any unsolved felony, and tipsters can remain anonymous.