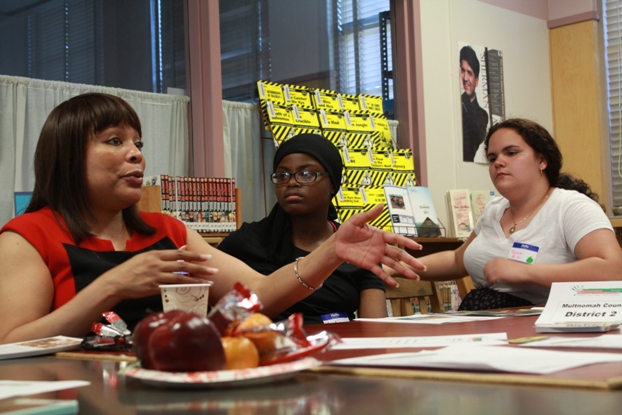 Discussions ranged from the role of different elected officials, to the candidates stance on youth having a voice in policymaking, bullying, gay rights, equity for minorities and how to eliminate the school to prison pipeline.

“I was very much impressed and I’m not as worried about our future as I was before,” Durrow said at the end of the event. And other candidates also praised the students for their intelligent questions and ideas.

“It was a great conversation,” said Smith. “Hearing from some of you about your experiences and that you were bullied, I’ve learned I still have more work to do around bullying.”

After more than an hour talking to candidates, youth voted for their preferred candidates. Winning candidates were:

(Results of the vote represented only the youth present at the event. The commission is nonpartisan.)

The election will be held May 20.