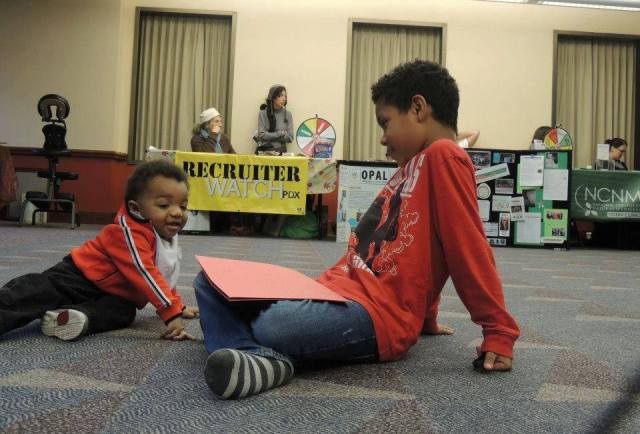 On Saturday, workshops for parents/adults and young people include viewing Jasiri X’s workshop recorded on February 8, 2014 in Portland titled The Real Gangsta’s of Rap.  One of the highly anticipated workshops is called Soulfly Groovment, which will feature a workout CD produced by rapper and activist Stic.Man from the political hip-hop duo Dead Prez, on meditation, holistic health, and natural body movements.

The additional workshops topics will vary from the Art of poetry, social justice, youth and leadership empowerment, and economics.

On February 7-9th, 2014 Portland experienced a unique and rare blast of snow and blizzard conditions which shut down the city of Portland and many businesses and colleges. Y.O.U.th organized and planned for months to bring to Portland youth and families its annual event with dynamic workshops and presentations along with amazing keynote speakers and artists.

In February, the Summit was frozen out but organizers were able to record workshop presentations by special guests Jasiri X and Nuri Muhammad, which will be screened at the event.

The Summit offers merchandise and informational vendors, from non-profits to small businesses. A pizza feast and networking will be held at the end of the workshops.  Saturday night will close out a weekend of “edutainment.”  Y.O.U.th will partner with the Blazers Boys & Girls Club and host a concert featuring the winners from the talent showcase along with Mic Crenshaw, Ancient Sol, Swiggle Mandela, Blacque Butterfly.  Boys & Girls Club members will get in free so bring your families to the Blazers Boys & Girls Club.

To register, go to www.portlandyouthsummit.org.