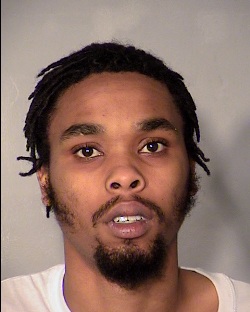 Lonnell Demarcus George, 23, was arrested on Wednesday Feb. 26, in Las Vegas, Nevada. George is a suspect in the March 2013 killing of 18-year-old Edward Jewell Paden Jr.,

Paden was killed in the afternoon of March 27, 2013 at the corner of Northeast 60th Avenue and Killingsworth Street near the Valero Gas Station, He died at the scene.

George is in the custody of the Clark County (NV) Detention Center awaiting extradition to Oregon.

Anyone with additional information about this investigation is asked to contact Detective Rico Beniga at (503) 823-0457 or rico.beniga@portlandoregon.gov.