FROM THE ARCHIVES Part 4: Rosser Awaits Justice: A 1998 arrest leads to a legal odyssey 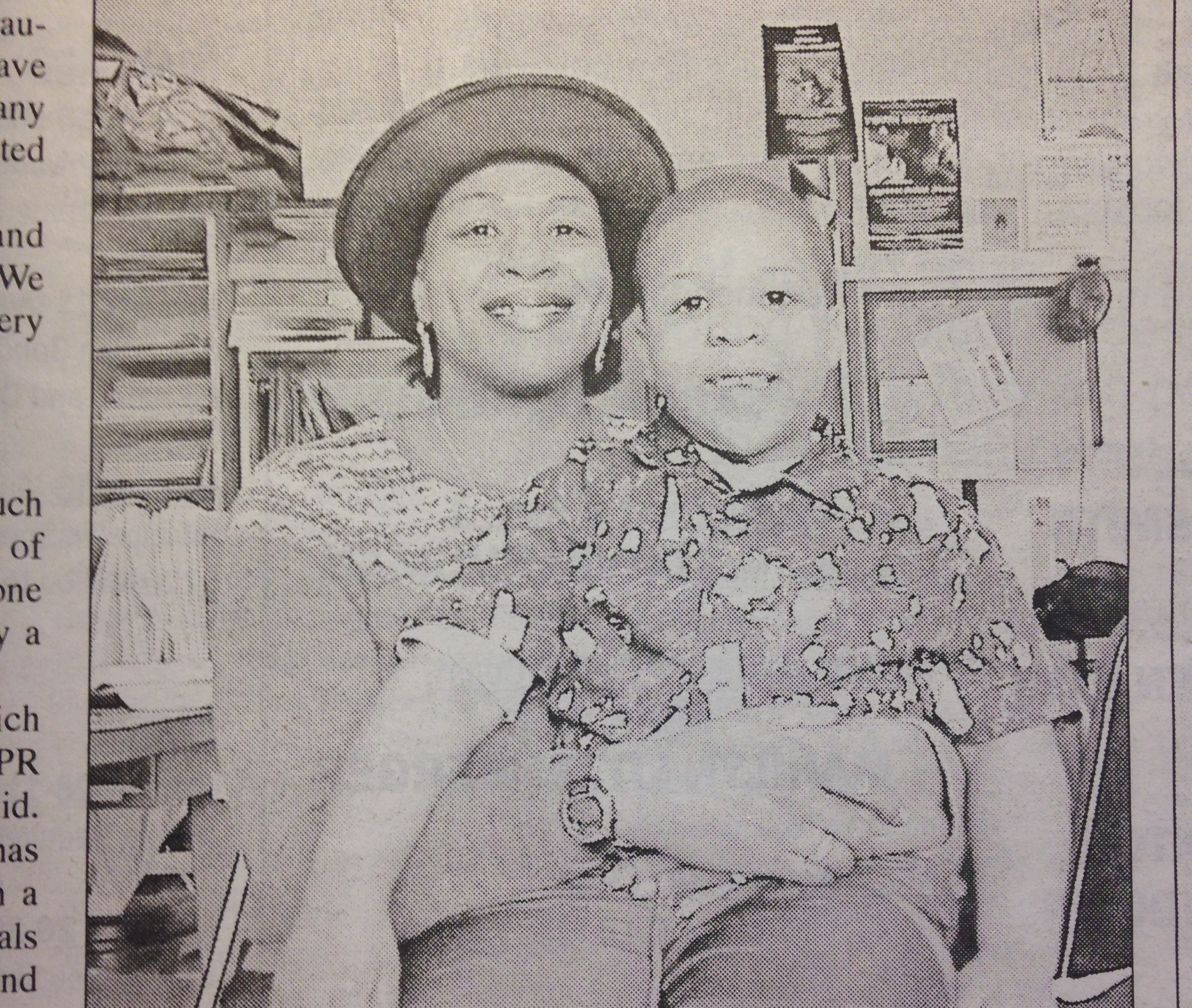 The Skanner News clipping from 12 years ago, showing an image of Rosser and her son;  at the time, the young mom had high hopes for a just outcome. Original photo by Lisa Loving

Kendra Rosser will spend Mother's Day this week with her 4-year-old son, Kevin, in their Southwest Portland apartment.

That may seem like a bland statement, but it actually represents a victory of sorts for the young family. Just a few years ago, Rosser was arrested by a Portland police officer who - by her own admission - put the child into state custody and told Rosser she hoped she'd never get him back.

Rosser and Kevin, then 1 year old, had been sprayed with pepper mace and forcibly separated by more than half a dozen police officers during a 1998 riot near former Police Chief Charles Moose's Northeast Portland home.

The reason, according to police: Rosser, holding the baby, didn't leave the scene when commanded to do so by police. Rosser claims she was only trying to do as she had been told, but that armed officers blocked the entrance to her apartment complex - a charge the police bureau denies.

With recent grand jury charges of a "cover up" in a report of felony assault against two off-duty officers, Rosser's experience within the police review system offers a fascinating glimpse into Portland's brand-new "civilian review" process.

The soft-spoken Rosser has been through countless twists and turns in the legal and medical systems.

In 1999, an all-White jury acquitted Rosser of all charges against her - resisting arrest, criminal trespassing and interfering with an emergency - after viewing a Rodney King-style videotape of her arrest filmed by television news cameras and shown on KATU News.

Further, her judge dropped disorderly conduct charges against her before the case went to court, finding them unconstitutional, according to media reports.

Yet although Rosser and the child still suffer injuries from the incident - documented by medical professionals as being caused in part by post-traumatic stress disorder - they have yet to win an admission from any public officials that the police acted inappropriately.

"The struggle is long, and strong," Rosser said last week. "We will need the collaboration of every community to find justice."

Contrary to popular belief, much of the work in the office of Independent Police Review is done by the division's staff - not by a citizen review panel.

That includes judging which cases are worthy of appeal, IPR Director Richard Rosenthal said. Rosenthal told The Skanner he has single-handedly worked through a backlog of as many as 200 appeals - using his own judgment - and eliminated most as not worth looking into. He could not remember the number of cases he has dismissed, but said he would make the statistics available.

Critics charge Rosenthal's use of what he terms "pre-hearings" to determine whether a case is worthy of an appeal is not outlined in the ordinance creating the IPR.

The Citizen Review Committee of the IPR only meets a few times monthly to review citizen appeals of police investigations. The citizen group simply reviews the information gathered by police - technically, it is not empowered to gather any information of its own.

"What the recent grand jury indictment proves is that if you give the police the power to decide what is worth investigating, they will avoid it at all costs," said Kristian Williams of Copwatch, who observed Rosser's IPR hearing.

Rosser is an aspiring gospel recording artist. Her complaint before the IPR, Portland's civilian "watchdog" monitoring the fairness of police bureau investigations, is unique in three ways: officials moved to change the nature of her complaint without Rosser's consent; law enforcement is now working to rewrite the rules on such complaints so they don't have to please the complainant.

In what is believed to be the first time in Portland's 10-year police review history that an officer attended a hearing concerning his or her conduct, Gustafson testified she had no remorse over the events of Aug. 17 - quite the contrary.

"It is my definite belief that she was there because she knew it was a difficult situation for us," Gustafson testified. Gustafson denied she ever told Rosser that she was "ignorant." Rather, the officer testified, she called Rosser "stupid."

In what exists of the tape of Rosser's hearing, members of the citizen committee debate their personal feelings that Rosser was irresponsible and "used her baby as a shield" while she argued with officers.

Gustafson claimed that Rosser was singled out for arrest because she was the only person left after all others had dispersed - a charge clearly refuted by the KATU videotape, which was mysteriously not entered as evidence by internal affairs investigators.

It's impossible to see Gustafson's description of where the incidents took place by listening to the Feb. 5 audiotape, as she was using a visual aid during her presentation. Rosser and two Copwatch volunteers told The Skanner that Gustafson had her locations all wrong.

Nevertheless, Gustafson's presentation prompted Rosenthal - who moved to Portland from Los Angeles late last year - to tell The Skanner that evidence showed Rosser "may not" have actually lived at McCoy Village, a charge never brought out during any investigation throughout the past four years.

After a lengthy discussion during the Feb. 5 hearing, the courtesy violation complaint was "re-characterized" against Rosser's consent as a service complaint, at the suggestion of the police Internal Affairs Division captain.

When Rosenthal later learned that service complaints could only be technically resolved with the satisfaction of the complainant, the bureau put Rosser's case on hold while law enforcement officials try to end that requirement.

"In this case, that wouldn't happen - the complainant definitely wanted discipline imposed," he said. "The committee said to hold their recommendation in abeyance, so what will happen is that, within a month or two, council will meet on the policy."

A check on Portland City Council agendas listed on the city's Web site showed the case is not yet scheduled for a hearing.

A grand jury convened last week took the unprecedented step of issuing a letter to Police Chief Mark Kroeker accusing high-level police officials of a cover-up in the incident.

An anonymous tip to the IPR, passed on to the police internal affairs division about two weeks after it was received, led to the grand jury proceedings against now-former officers Craig Hampton and Grant Bailey.