Paul Knauls As Told to Helen Silvis of The Skanner News
Published: 23 February 2012 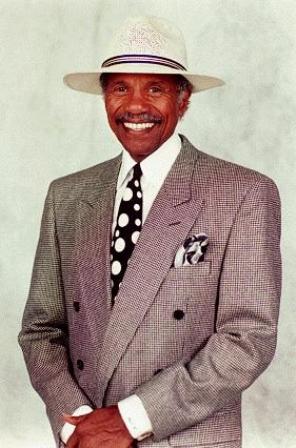 My wife Geneva Fraser Knauls was 6 years old when she came to Vancouver, Wash., in 1946. Her dad came out from Minden, La., to work at the shipyards in Vancouver. The U.S. Army had depleted the work force, so they recruited African Americans to come here. Salaries in the South were very low, and up here they were much higher -- so everyone just packed up and came to the Northwest.

I was born in a small town in the northwest corner of Arkansas -- Huntington. It was a coal-mining town and my dad worked in the coal mine, which eventually killed him, because he got the black lung. My dad owed his soul to the company store. Every time he got paid he'd go by and just give them the paycheck. I went back there last summer and its population has grown to 681 -- that's 200 more than it was just four years ago.

I joined the Air Force in June 1949 and went to basic training in San Antonio. Then I was sent to Fairchild Air-Force Base in Spokane, Wash. I was the first African American on Fairchild; they sent me to integrate the base. Being the only Black man on a base with 4,000 Whites was quite an experience -- it was very enlightening. Later on, five more African Americans came and we were in the same barracks.

We volunteered for three years, but the Korean War was on so they extended us by a year. I got into a good trade there; I learned to repair typewriters. If you didn't go to college you just had the armed services back then. Very few African Americans came out of the Air Force as staff sergeants in just three years and 9 months, but I was a good soldier.

I lived in Spokane and worked two jobs for 12 years because I wanted to be an entrepreneur. I was saving up my money so I would be able to go into business. I would go to work at 8 a.m., repairing typewriters for the Royal Co. I did that 8 to 5. Then from 6 to 11 p.m. I would work at the Davenport Hotel as a wine steward in the Matador dining room.

I was the first African American to work at the hotel, and I'll never forget the day when the hotel manager saw me there in my uniform. He almost died. He went straight to the manager of the dining room, Jack Gordon, and I just knew he was asking him what I was doing there. But Gordon just said yes, he'd hired me -- and he left it at that.

Later on he got fired and I was still there -- they all got fired, in fact, and I outlasted them all. Spokane had a population of about 15,000 at that time, and there were about 2,000 Blacks in the city.

My demeanor is such that I get along with everyone, so I can't say I suffered discrimination. I bought a house in a White neighborhood. The neighbors were a little rough, but they never saw me because I worked all the time.

On the mountain when I started skiing, I was the only African American on the slopes until I took my son, Paul Jr., when he was 5.

After those 12 years, I decided to come to Portland and buy a nightclub. My first choice would have been Seattle, but the rest of my family had moved out to Seattle -- and they're very religious so I didn't want to open a nightclub near them.

My first nightclub was the Cotton Club at 2125 N. Vancouver Ave. It was named after the famous club in Harlem. In those days, all the artists trying to make it had to go on a circuit -- it was actually called the Chitlin' Circuit -- and it doesn't exist any more. So we provided that venue for artists to make their names known. Everyone back then knew: You haven't been to Portland if you haven't been to the Cotton Club.

All the big celebrities who played the Schnitzer and the Keller would come by after their performances and lots of them would play our stage because it was a safe place and a nice place to perform.

One night my wife went to see Sammy Davis Jr., and she invited him to the Cotton Club. So he came by and he got up on stage and performed with my little four-piece band. Sammy got up and performed, and that was the highlight of the whole seven years that the club ran. He sent lots of people there afterward.

Other celebrities came too -- like Joe Louis, the Brown Bomber. And remember Elvis did "Hound Dog"? Well, the person who performed that song before him was Big Mama Thornton. She packed the place out.

There were plenty of Portland groups too. One group out of Portland who made the big time was The Three Little Souls. They later changed their name to Sunday's Child and appeared on the Ed Sullivan Show and the Sammy Davis Jr. Show.

Mel Brown was a 17-year-old drummer when I bought the club in 1963. He went on to be Diana Ross' drummer -- and The Temptations' and The Four Tops'. Then there were Ronnie Steen, and Billy Larkin and the Delegates, which featured Mel Brown and Hank Sworn. Their key song was called "The Pygmy," and it sold hundreds and thousands of copies, but they didn't get that money.

That was the Cotton Club.

I sold that club -- a nightclub has around a seven- to eight-year run -- and I bought Paul's on the corner of Williams and Russell. I kept that club from 1964 to 1970. Then Emanuel Hospital tore down that whole neighborhood for redevelopment. It's still empty today. The only thing left is the gold dome that used to be on top of the pharmacy. It's the only part of that block remaining after 34 years.

The corner of Williams and Russell was the big meeting place because it had everything you wanted right there. It had the pharmacy, a dry cleaner; Sally's Soul Food restaurant, the Citizens Bar, a pool hall, a clothing store, a Chinese restaurant and a meat market around the corner. On Sunday afternoon it was just busy. Everyone would get out of church and go to eat. It was the spot.