Retail Initiative Works to Get Healthy Foods in Corner Stores 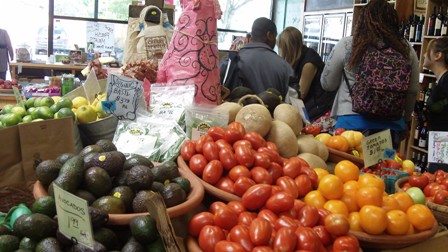 The kids are back in school, and that means many are grabbing snacks on the way to or from class.

Here at The Skanner News office in North Portland, we watch grade-schoolers and teenagers pass by on their way to a corner store; soon most walk past again with fistfuls of Red Vines and extra-large cans of Rock Star.

How could anyone settle down and focus on math or reading after taking in that much sugar and caffeine?

"Children are going back to schools and mothers do provide allowances for children to buy things -- and unfortunately they make the unhealthy choice," says Multnomah County Health Department outreach specialist Yugen Rashad.


No one can force kids to eat apples, and no one can force parents to serve spinach, but the Health Department has another idea: using federal Stimulus Grant funds to make sure small corner stores have the ability to stock healthier food items.

Grants of up to $4,500 are available for mom-and-pop groceries to install coolers, or to band together to contract with large produce companies -- anything they need to provide fresh milk, fruits and other items that can improve their neighborhood's health.

"Well, it's really about trying to create a level playing field for people with limited incomes," Rashad says. "What the health department is trying to do is make healthy foods more available in these corner stores by asking the corner store owner -- what do you need to make this a healthier space?

"It could be shelving, it could be developing a better relationship with distributors or farmers and that's kind of the impetus – not to tell the store owners what to sell, but to make sure there's a healthier option available, so that the people in the West Hills, and the people in inner Northeast Portland have the same healthy options."

(Find out how your store can participate here. The grant applications are open now through Dec. 15.) 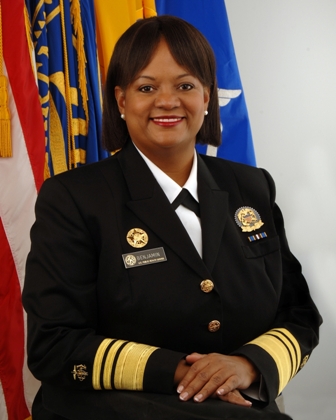 U.S. Surgeon General Regina Benjamin made headlines earlier this year when she predicted that kids today may be first generation of children to live shorter lives than their parents due to obesity-related deaths.

Rachael Banks, supervisor for the Community Wellness and Prevention Program at the Multnomah County Health Department says the Healthy Retail Initiative is working hand-in-hand with two related health campaigns: one to educate families about how children learn nutrition from one generation to the next, and a second that simply looks at how much sugar is in the drinks most kids – and adults – drink every day.

(Find out which corner stores have already started working with the county to increase their healthy food and snack offerings  here)
She says the effort started five years ago in North Portland, at two public schools with big health disparities and obesity rates.

Health workers saw significant gains in healthier choices by kids after the cafeteria was upgraded, which involved redesigning the salad bar and the way that food was served to the kids.

That encouraged parents at the school to ask the health workers to examine the environment outside the school to see what kinds of bad food choices the kids were exposed to when traveling to and from classes.

"Their suggestions were to focus on retailers that were around the school," Banks said.

The Health Department took the parents' suggestions and won a federal grant to put them into action.

"We were one of two sites in the nation who used that grant to have a culturally specific approach and we focused on African, African American and Black communities in Multnomah County based on health disparities and disproportionate weight," Banks said. "From that we have held listening sessions and worked with communities to have a policy agenda and have been asked to look at the retail environment and have been engaging community members."

Organizations including the African American Health Coalition, the Urban League of Portland, the Highland Christian Center and many others stepped up to the plate.

What they found out is that many retailers have profound limits to offering healthy food, including a lack of space, refrigeration, and the money to pay for more signage advertising new offerings.

"So where we're at is we just launched a mini-grant opportunity for retailers to apply and our focus is to increase options in underserved areas of the county -- through the community engagement we've heard that folks want to have access close to their homes," she said.

The Healthy Retail Initiative has had several components, including paid stipends to community members who did outreach and observations to retailers. There's also a social marketing campaign for participating retailers to help promote their stores as well as help promote healthy products within their store.

The Health Department also held a "challenge" for food retailers at the Rose Festival, providing an incentive to retailers who included healthy menu options.

"They could choose what the options were – whether it was portion sizes or fresh fruit and vegetables and that sort of thing," Banks said.

She says other retailer support projects include helping store owners cope with the high price of buying fresh food for their shelves.

"If we're talking about fruits and vegetables, some of the suppliers have minimums required for what they will distribute, and which is hard for smaller retailers to meet," Banks said. "So we are able to have a consultant come on with an importer, such as Whole Foods, to explore ways that smaller retailers can pool purchases together and ideally decrease the prices of some of their products."

"I think it's about leveling the playing field for families with limited incomes," Rashad says. "When they do shop -- and they do shop at these corner stores – they will have healthy options looking at them from the shelves, versus going there and not seeing any apples, not seeing any carrots, not seeing any fresh fruit or veggies, only seeing bags of potato chips and candy."