WASHINGTON -- The Pentagon says it's trying to figure out whether a missile was launched off the coast of southern California and who might have launched it. 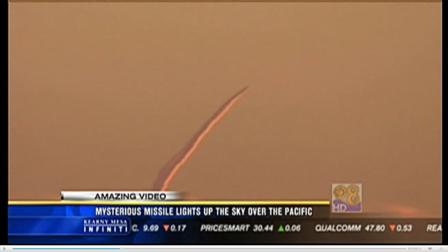 say they are looking into a video posted on the website of Southern California television station KFMB.

The video appears to show a rocket or some other object shooting up into the sky and leaving a large contrail over the Pacific Ocean.

Pentagon spokesman Col. Dave Lapan said Tuesday that officials can't confirm that there was a launch and if there was, by whom. He says officials are talking to the Air Force, Navy and NORAD as well as civilian authorities who control and monitor air space.