Senate Confirmation of Vanita Gupta as Associate Attorney General is Historic, Vital for Our Nation 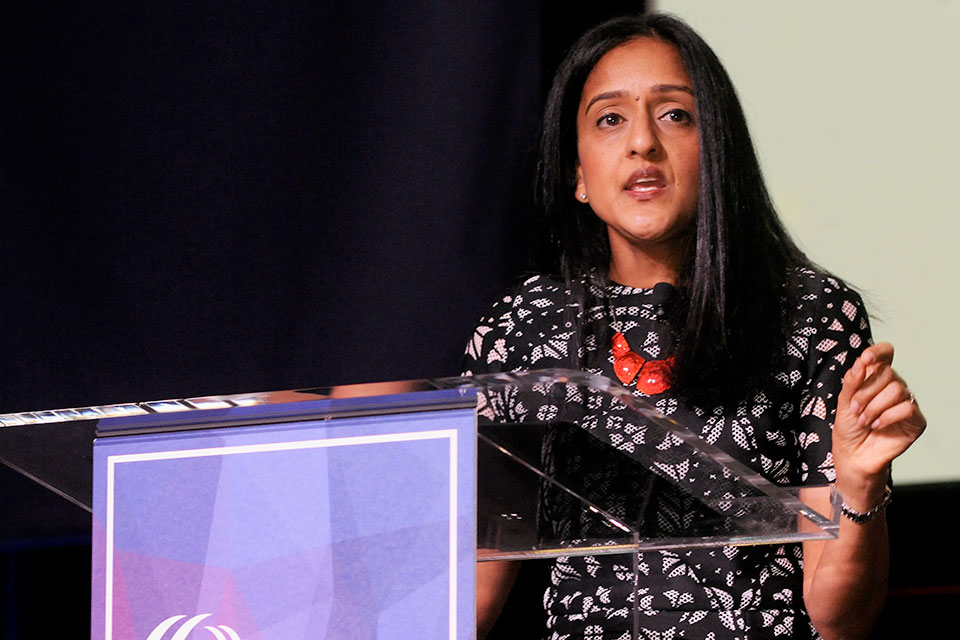 Washington, D.C. - In a historic bipartisan vote today, the U.S. Senate voted to confirm Vanita Gupta to the role of associate attorney general, the third highest-ranking position in the U.S. Department of Justice. Gupta is now the first woman of color ever to be confirmed to the role and the first civil rights lawyer to serve in one of the top three positions at the Department of Justice. The following is a statement from Damon Hewitt, acting president and executive director of the Lawyers’ Committee for Civil Rights Under Law:

“We are at a pivotal moment in our nation’s history, an inflection point at which we are rebuilding and defending democracy at the same time. As a long-standing champion of civil rights, Vanita Gupta is exactly the person we need to help lead the Justice Department and advance equal justice for all. She has an extensive and unassailable record when it comes to integrity and expertise in the administration of justice, and in advocating for the rights of people of color- traits that are sorely needed at this moment to bring independence and integrity back to the Justice Department.

"“We are at a pivotal moment in our nation’s history, at which we are rebuilding and defending democracy at the same time."

“With this historic confirmation, the U.S. Senate also is sending a clear message to the American public –communities of color are a critical part of the strength of our nation. It’s great to see that America again has a Justice Department that is back in the business of fulfilling its mission of enforcing the nation’s civil rights laws and ensuring equal justice for all.”