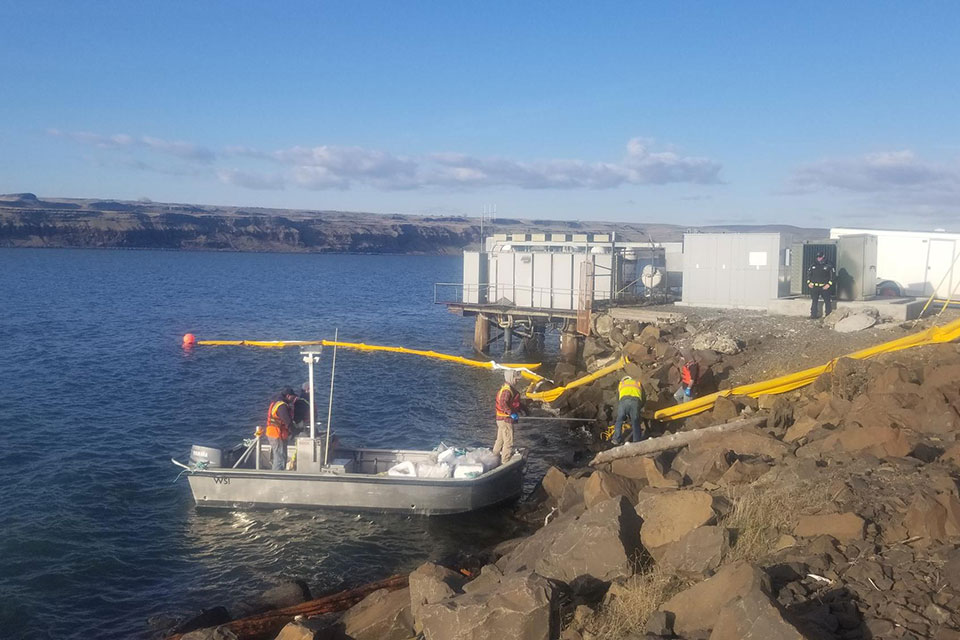 By The Skanner News
Published: 25 February 2020

Umatilla, OR—State and federal agencies are responding to a sunken 38-foot tugboat on the Oregon side of the Columbia River about 10 miles upriver of McNary Dam near Umatilla.

Divers plugged fuel vents this afternoon and the vessel is not actively leaking. The tugboat reportedly has about 750 gallons of diesel on board and is completely submerged.

A crane is scheduled to arrive on-site Wednesday to lift the vessel out of the water.

Responders suspect the tugboat broke loose from its mooring Sunday night due to strong winds, which pushed it about three-quarters of a mile upriver. There was no one on board when the vessel began drifting. The tugboat is called Tug Nova and is owned by HME Construction.

Oregon DEQ, Washington Ecology and EPA are coordinating with fish and wildlife agencies and tribal governments on the response.