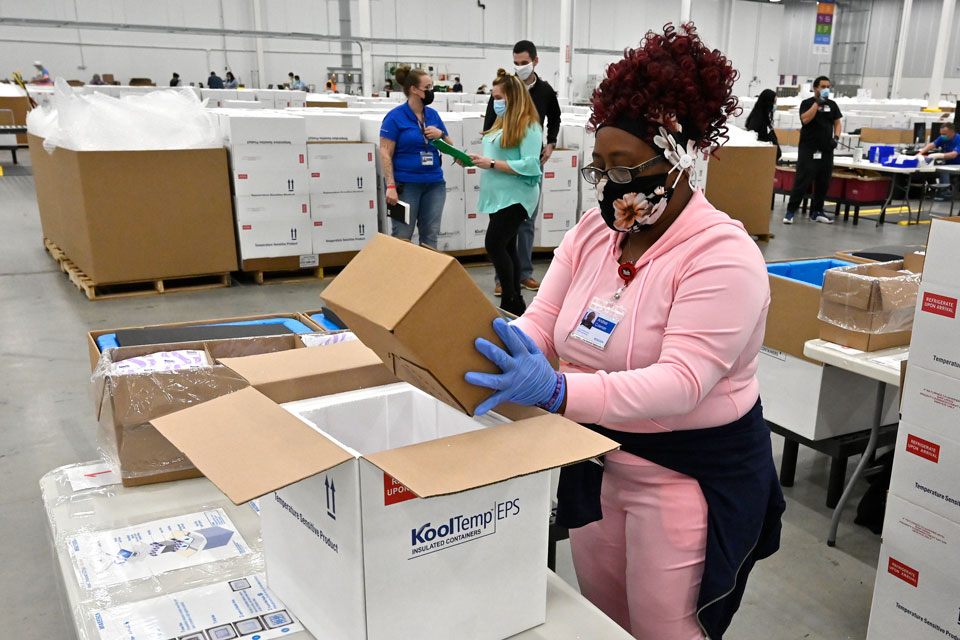 Here's what's happening Monday with the coronavirus pandemic in the U.S.:

According to data from Johns Hopkins University, the seven-day rolling average for daily new cases in the U.S. declined over the past two weeks, going from 90,946.7 on Feb. 14 to 67,364.9 on Sunday. In the U.S., 15.3% of the population had received at least one dose of a coronavirus vaccine, while 7.7% have completed their vaccination.

“This is exactly what we fought for.

"This is the moment that we knew would be possible and important in the lives of our young people. ... That’s why this giving parents an option to come back in-person for their students was so important.” - Chicago Mayor Lori Lightfoot, as thousands of Chicago Public Schools students returned to school Monday morning. It's the largest wave of students to go back to the classroom there after almost a year of remote learning.

Massive fraud in the nation’s unemployment system is raising alarms even as President Joe Biden and Congress prepare to pour hundreds of billions of dollars into expanded benefits. A government watchdog agency says that as of December, nearly two dozen states had not started using a key system to block fraud.