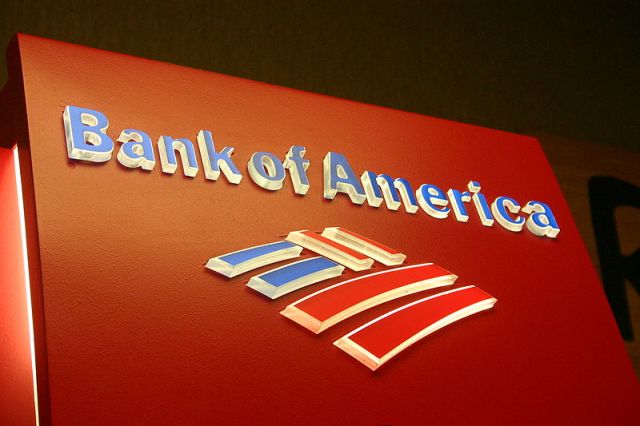 A Department of Labor audit last year found that Bank of America applied different standards to black and white job applicants at its offices in Charlotte, N.C. In 2013 the FDIC estimated that less than 10 percent of U.S. households were unbanked. However, the rate of Black households that go without federally-insured bank accounts dwarfs the national rate. (Photo by Brian Katt via Wikipedia.).

WASHINGTON (NNPA) – When it comes to cashing checks and other financial transactions, Blacks are “unbanked” at much higher rates than Whites, according to a new report by the Federal Deposit Insurance Corporation.

The FDIC, an independent government agency that guarantees deposits up to $250,000 at insured banks, conducted the study in June 2013 aided by the United States Census Bureau, and collected data from nearly 41,000 respondents.

In 2013 the FDIC estimated that less than 10 percent of U.S. households were unbanked. However, the rate of Black households that go without federally-insured bank accounts dwarfs the national rate.

According to the FDIC report, 20.5 percent of Black households are unbanked, compared to less than 4 percent (3.6 percent) of White households that don’t have a bank account at an insured institution.

And while less than 1 percent of U.S. households were “recently unbanked,” when the FDIC conducted the survey, Blacks accounted for nearly 50 percent of the households in that group.

“Among households that recently became unbanked, 34.1 percent experienced either a significant income loss or a job loss that they said contributed to the household becoming unbanked,” stated the report.

In contrast, 19.4 percent of households that had recently opened a checking or savings account when the poll was taken said that a new job prompted the transition.

The Southern region, where most Blacks live, reported the highest rates for the unbanked and underbanked.

Almost 60 percent of survey respondents that went without a federally-insured bank account said that they didn’t have enough money to keep in the account or meet the minimum balance and more than 34 percent said that they disliked or didn’t trust banks, according to the FDIC report.

The string of high-profile settlements in cases of lending discrimination and misleading investment practices that involved Wells Fargo, Bank of America and Citigroup that followed the housing crisis did little to sway public sentiment. In July 2014, Bloomberg News reported that, “Citigroup Inc., agreed to pay $7 billion in fines and consumer relief to resolve government claims that it misled investors about the quality of mortgage-backed bonds sold before the 2008 financial crisis.”

In a report on the FDIC’s findings, the Center for American Progress (CAP), an independent, nonpartisan educational group, said that people who are unbanked or underbanked, tended to pay more for basic financial services, relied more heavily on “cash and paper checks that can be risky,” and lacked “affordable products for savings and credit.”

Joe Valenti, the director of asset building at CAP and the author of the report, wrote that families that don’t have bank accounts, “may not have access to affordable, responsible credit when looking to purchase household items, cars, or homes. And they may not have a safe place to keep savings in case of an emergency.”

Valenti noted that a recent Federal Reserve survey revealed that almost half of all U.S. households said that they would be unable to come up with $400 in an emergency without borrowing or selling something.

Valenti concluded: “Having access to banking services is a critical first step toward financial security.”