All Oregonians Eligible for the COVID-19 Vaccine by July 1 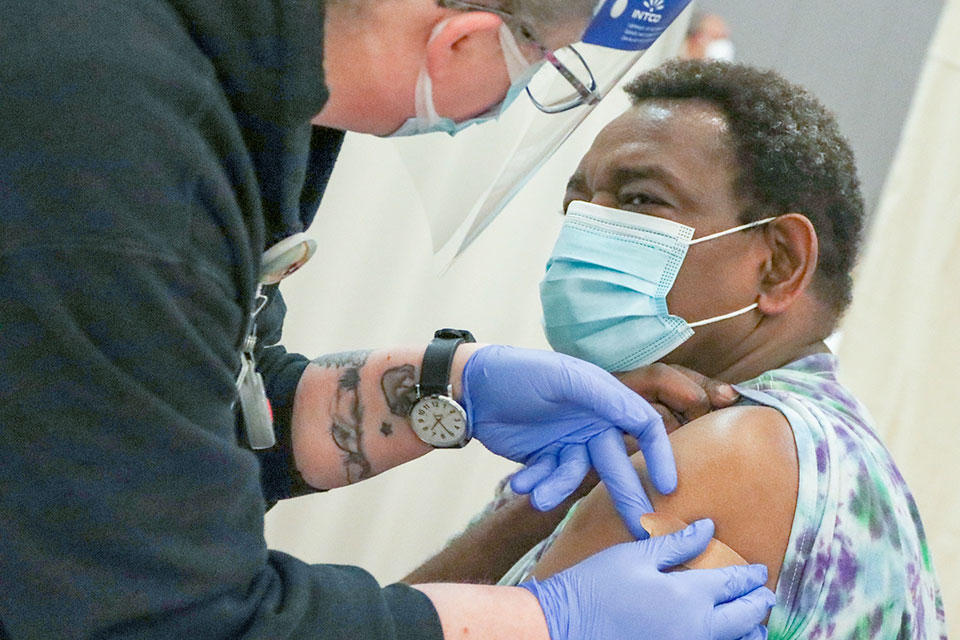 All Oregonians who are 16 and older will be eligible to receive COVID-19 vaccinations no later than July 1, according to Gov. Kate Brown's office.

In addition, health officials said Friday people who are 45 to 64 with underlying health conditions will be eligible starting March 29.

Brown said the next round of vaccine distribution will occur in multiple waves.

The first wave, which will begin at the end of March, also includes seasonally-impacted frontline workers — such as migrant seasonal farmworkers, seafood and agricultural workers, and food processing workers — displaced victims of the September 2020 wildfires, wildland firefighters, people living in low-income and congregate senior housing and Individuals experiencing houselessness.

The second wave, which begins May 1, will include all other frontline workers as defined by the Centers for Disease Control and Prevention, people who are 16 to 45 with underlying health conditions and multigenerational household members.

In addition, no later than June all adults 45 or older will be eligible.

Currently people who are eligible for vaccine are Oregonians in the Phase 1a group — which includes healthcare workers and people in long-term care facilities — and educators, seniors 70 and older and adults in custody.

Beginning Monday, people who are 65 or older will also be eligible for vaccine.

The updated prioritizations schedule was based on recommendations from the Vaccine Advisory Committee.

At one point the committee had discussed whether to prioritize racial minorities, but decided against it as they said people of color likely fell into the other prioritized groups and due to concerns about legal issues if race was the focus.

However, the committee has stated one of their goals is to ensure equitable distribution of vaccines to minority communities disproportionately impacted by COVID-19. Last week health officials reported significant disparities.

Based on data from the health authority, white people represent 75% of Oregonians. While they only comprise about 48% of coronavirus cases, they account for 74% of vaccinations.

“The COVID-19 pandemic has affected everyone in Oregon, but it hasn’t affected every community in the same way,” Pat Allen, the director of the health authority, said during a press conference last week.

As of Thursday, a total of 881,206 first and second doses of COVID-19 vaccines have been administered to Oregonians. Officials have said they also expect increased shipments of the vaccine to Oregon.

Currently, the two vaccines that Oregon has is the Pfizer-BioNTech and Moderna — both have efficacy rates around 95%, require two doses and needs ultra-cold storage.

But, Johnson & Johnson’s Covid-19 vaccine is also on the verge of being authorized, as the Food and Drug Administration’s vaccine advisory panel holds an all-day meeting on Friday.

The Johnson & Johnson vaccine is only one shot and easier to store, but has a lower efficacy rate.