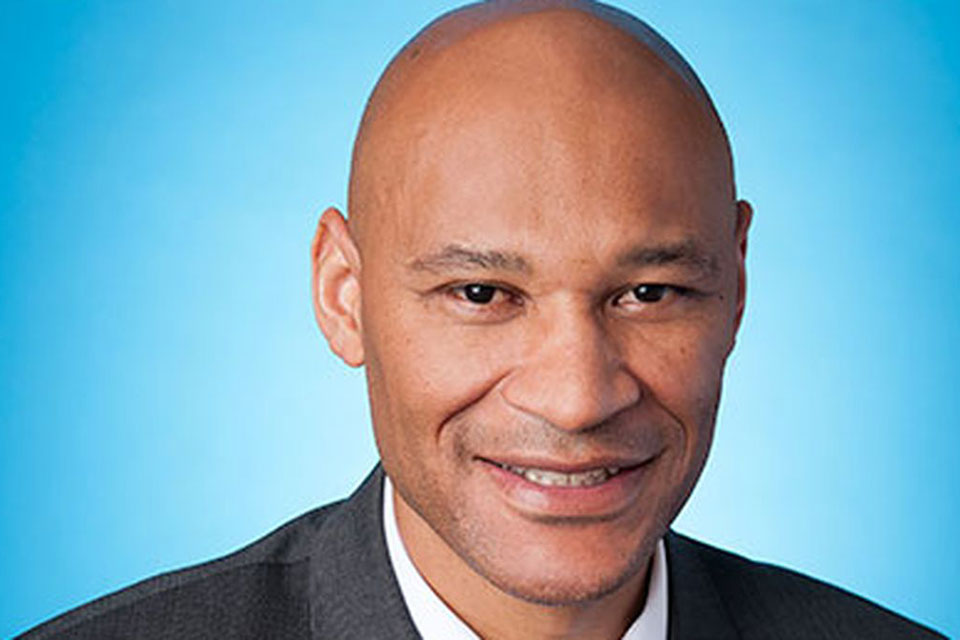 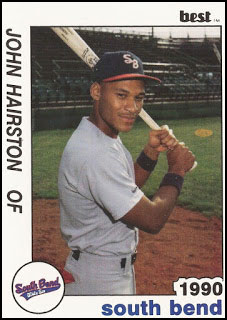 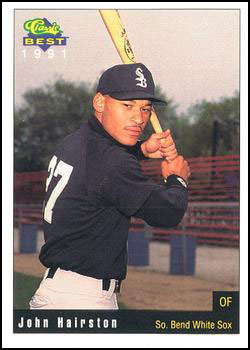 “I was hired on a temporary basis, and the reason temporary was important was at the time I graduated I had played baseball in college -- I was at Southern University on a scholarship -- and had an opportunity to play professional baseball,” Hairston, who played for the White Sox organization, told The Skanner. “So it worked out perfect because I could come work at Bonneville during the off-season, basically September through February, and then in March and April, go to spring training and play the season. And actually I was able to do that a couple years.”

While on the road with teammates, Hairston passed on playing cards to instead work on BPA’s supply pricing mode.

“I wanted to do something a little more active and keep that connection in case I needed a job if baseball didn’t work out,” he said.

Hairston’s decision to move on from pro ball to work for BPA full-time in 1992 marked the beginning of a decades-long career with the federal agency. On Jan. 7, he became the first Black administrator and CEO in BPA’s 83-year history.

The federal agency is the oldest of four regional power marketing agencies under the U.S. Department of Energy. It markets electricity from 31 federally owned hydroelectric dams in the Columbia River system, providing about 28% of the electricity generated in the Pacific Northwest region.

It began with a fateful chat at church shortly after he graduated from college.

“I came home right after graduation and was attending Mt. Olivet Baptist Church, where I’ve been a member basically all my life, and I bumped into a gentleman by the name of George Bell,” Hairston said. “He was the first Black executive at BPA. He asked me what I was doing, I mentioned I had my degree in economics and I was looking to do something in my field.”

Hairston credits Bell with actively recruiting more Black employees. During Hairston’s time with BPA, he has seen the number of women and people of color grow in the leadership ranks.

“Overall, we still see two minority groups underrepresented at BPA,” Hairston said, adding that the agency’s goals are based on the National Civilian Labor Force’s targets for workforce participation among under-represented groups. “Black and African Americans make up 3.3% of our workforce and are close to the Regional CLF of 2.6%, but they are well below our target of 12% and remain a focus area for BPA. Another major focus area is Hispanic and Latino employees, who are far below our target -- and the regional CLF target of 10.9% -- at 3.8%.”

After two years alternating between BPA offices and the baseball diamond, Hairston became a full-time employee in 1992. He moved on to a job in energy efficiency, and a higher-up recognized Hairston’s potential in management. Hairston then took a supervisory role in BPA’s Spokane, Wa., office, where he got out into the field to better understand operations.

“We have such a wide footprint throughout multiple states,” Hairston said, adding that he managed BPA’s energy efficiency groups not only in Washington, but also in Missoula, Montana, Boise and Idaho Falls, Idaho and Walla Walla, Washington offices.

Hairston acknowledged that his professional trajectory as a Black man wasn’t without obstacles.

“Although I have experienced racism in my long career at BPA, I think we’ve come a long way in addressing these concerns,” Hairston said.

“We are working hard to create an inclusive environment. For example, in response to events last year, in June our executive office hosted agency-wide town halls to provide a safe space for all employees to have an open conversation about racism, social injustices and systemic discrimination.”

But Hairston persisted and moved up the agency ranks. He returned to the headquarters in his hometown, where he and his wife, Paige, brought up their family.

“Together we have raised four daughters, all of whom graduated from Grant High School, as I did,” Hairston said. “And they have all gone on to play NCAA Division 1 soccer for their colleges.”

Back in Portland, Hairston launched an ambitious project that would allow BPA to work with its larger customers to reduce power demand during high-priced market periods, leading to millions of dollars in savings.

As he moved up, Hairston was invited to participate in BPA’s executive development program, where he centralized all of BPA’s compliance programs into one organization, creating the new position of chief compliance officer. He was then asked to take on that position.

“At the time I was just finishing up law school at Lewis and Clark, and I was happy to do it,” Hairston said. “Often when you build an organization, you’re asked to manage it for a while.”

Hairston’s steady rise within BPA, along with his background in compliance, placed him front and center for an unfolding scandal within the agency that came to a head in 2013.

“Bill (Drummond) had asked me to come over on a detail to kind of look at what was going on within our (human resources) group and to help straighten things out, get us back in compliance with some of the things we were said to be out of compliance with,” Hairston said. “And right around that time, things really exploded.”

In what came to be known as the “veteran hiring scandal,” BPA personnel were found to have essentially pushed back against hiring preference for military veterans applying for government positions, a practice codified in nearly 80-year-old law and by guidelines put forth by presidents George W. Bush and Barack Obama. An Energy Department investigation found that in nearly half of its job recruitment efforts from Nov. 2010 to June 2012, BPA manipulated the rating process for job applicants in order to exclude veterans, sometimes doing so retroactively. The report concluded BPA had "a culture of intimidation and mistrust," and the DOE subsequently dismissed BPA administrator Bill Drummond and chief operating officer Anita Decker for retaliating against six employees who aided in the investigation.

“I was in the role of vice president of internal business services and worked really closely with the department in helping us restore our hiring authorities and get that organization back in compliance, and really rebuilding the culture,” Hairston said.

“When you lose the two top executives in the organization, it’s like a gut punch culturally.

“Elliot Mainzer, who became the administrator, asked me to stay on and fix the problem. We got it fixed. We really focused on the well-being and health and safety of our employees and workforce, and restored, I think, a lot of confidence in our organization. Particularly our HR organization.”

On the other side of the scandal, BPA officials saw how desperately the agency needed greater oversight and transparency.

Hairston was promoted to the position of chief operating officer in 2018, then to interim administrator when Mainzer left BPA in August to become chief executive of the California Independent System Operator, a large part of the California and Nevada power grids.

Meanwhile, the Trump administration hindered the agency’s work to create a more diverse and inclusive workplace.

“The White House issued the Executive Order on Combating Race and Sex Stereotyping on Sept. 22, 2020,” Hairston said, “prohibiting the training of federal employees on certain diversity-related topics and requiring the Office of Personnel Management to review all diversity and inclusion training programs prior to implementation. The new administration could reverse this. BPA’s long-term goals for our workplace culture are unchanged. We are building an inclusive culture that leverages the power of diversity and a workplace that is free from harassment and discrimination.”

“An October 2018 memorandum from the President addressed streamlining federal agency decision-making and coordination on several water projects in the west,” Hairston explained. “This reduced the timeline by a year for BPA, the Army Corp of Engineers, and the Bureau of Reclamation. This project took significant contributions from staff and executives of all three federal agencies and was no small task.”

Hairston has worked under six presidential administrations, describing his agency as “apolitical.”

“It’s kind of refreshing and renewing when we do get a new administration in, and you’re curious” about what new policies will be introduced, he said.

“In all honesty, we just really do what we need to do. I’m really proud.”

Asked what he looks forward to now that his new role is permanent, Hairston reflected on hydroelectricity’s role in mitigating climate change.

“We’re working with the NW Power Pool to develop a resource adequacy program, because when you look at all the resources that are being decommissioned -- coal, carbon -- they’re being replaced with variable resources: wind and solar,” Hairston said. “You need adequate resources, as well as transmission during times of high demand, particularly when you don’t have wind blowing or sun shining. There’s really nothing better than hydro to smooth out that variability.”