Oregon Health Officer: Spike in Virus Cases Can Be Averted 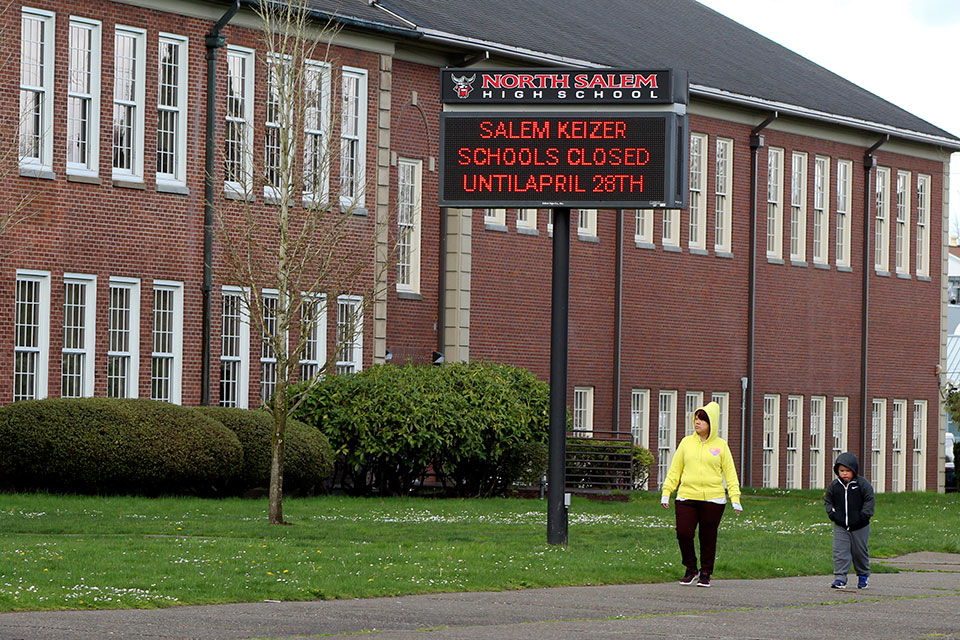 Dean Sidelinger, who is also state epidemiologist with the Oregon Health Authority, also said in a video conference with journalists that the rise in cases should be manageable, according to the modeling.

He added that this positive outcome depends on everyone heeding the governor's orders to stay home and on health care providers having personal protective equipment.

Modelling carried out by the Institute for Disease Modeling in Bellevue, Washington, using information from cases in Oregon, shows social distancing and stay-at-home orders in Oregon have cut transmission of infections by 50 to 70 percent, Sidelinger said.

The OHA reported Thursday that two more people died in Oregon of COVID-19, raising the state's death toll to 21, and 90 new cases of the illness brought the statewide total to 826. Many of those people were likely infected two or more weeks ago.

"I think those numbers will stay up for a little while before we actually see them come down," Sidelinger said, adding that greater testing capacity is identifying more people who test positive.

For most people, the coronavirus causes mild or moderate symptoms, such as fever and cough that clear up in two to three weeks. For some, especially older adults and people with existing health problems, it can cause more severe illness, including pneumonia, and death.

A flattening of the curve of infections cannot come too soon for the record number of people in Oregon who filed for unemployment insurance benefits last week, the state employment department reported Thursday.

During the week starting March 22, the Oregon Employment Department received 92,700 initial claims — a 21% increase from the previous week, which also set a record.

Gov. Kate Brown said she would call a special legislative session once state officials have a clearer picture of how a federal economic stimulus package will benefit Oregon, so scarce state dollars can fill as many gaps as possible.

"Once we have sufficient clarity about the federal stimulus, I will call a special session and ask lawmakers to take further action," Brown said.

People who held jobs classified as leisure and hospitality in Oregon led those whose unemployment claims were processed last week, with 15,514. Restaurants and bars have closed as part of stay-at-home orders issued by Brown to try to slow the spread of the virus. There were 8,491 claims from workers in education and health services.

The employment department is dealing with a backlog of claims as the numbers of people seeking benefits has skyrocketed. Over the past two weeks it doubled the number of staff dedicated to taking claims, and is in the process of tripling it.

"This initial surge in claims is probably tied to the first round of social distancing measures, but as those policies ramp up or cover more industries or regions of the country, we will see more workers file for unemployment insurance," said Josh Lehner of the Oregon Office of Economic Analysis.

Nationally, the coronavirus outbreak has thrown 10 million Americans out of work in just two weeks.

Brown said her team is also reviewing recommendations from the Legislature's Joint Committee on Coronavirus Response to determine which are the most urgent and how they can be accomplished.