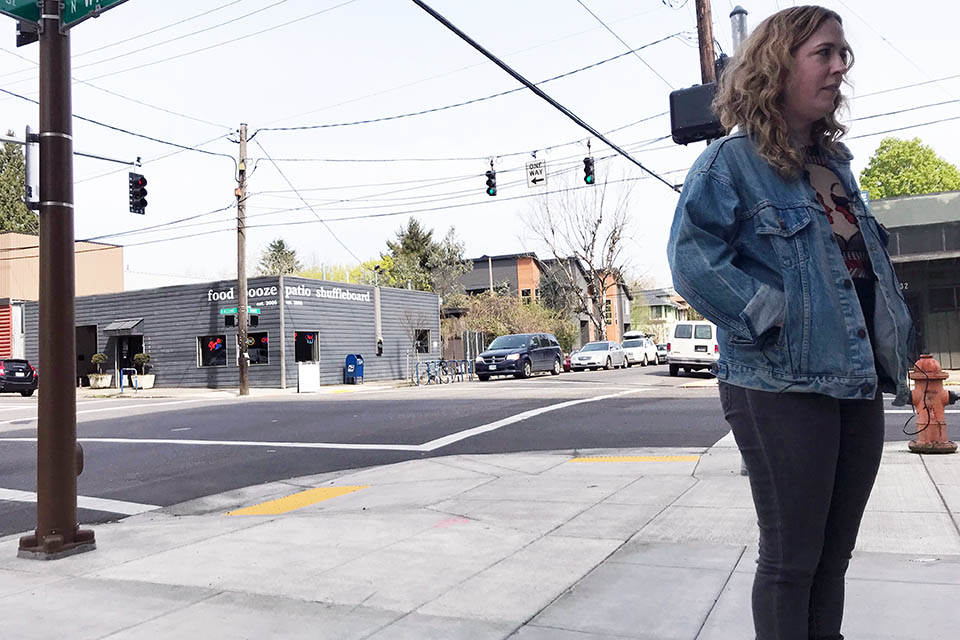 Portland State University and the city of Portland are collaborating this spring to research the history of racist housing policies in Portland, and they’re looking for help from the public.

Greta Smith, a graduate student in PSU’s public history program, has collected about 30 restrictive covenants from housing deeds around Portland and created an interactive map of the addresses where covenants were used.

“They’re still coming in. I get emails all the time,” Smith told The Skanner. The map shows neighborhoods in southwest Portland, Laurelhurst and the section of northeast Portland currently known as Sabin. Clicking on map entries reveals text from residents’ housing deeds restricting purchase of the property to Whites, or excluding specific races (typically African Americans and Chinese and Japanese immigrants).

Ryan Curren, a project manager with the Bureau of Planning and Sustainability, said he got the idea for the project while working on planning for the city’s southwest corridor. He wanted to know the history of the affected neighborhoods before making recommendations, and was aware of a database in Seattle that mapped restrictive covenants and helped shape housing policy in the future.

“We knew [segregated neighborhoods] weren’t natural. They were a result of choices made in private action and public policy, an understanding which helped us in terms of land use planning,” Curren said.

PSU history professor Katy Barber said her students are also researching artifacts like real estate ads, which in the first half of the century used overtly racist language to manipulate White homebuyers into moving into or out of certain neighborhoods, as well as policy in the Portland Realtors’ code of ethics that threatened real estate agents with blackballing if they integrated neighborhoods.

Barber is also placing Portland’s exclusionary housing practices in the context of the Donation Land Act – which offered free land to some White settlers, but excluded Native Americans and immigrants – and the creation of reservations for Native Americans.

According to Curren, the most concrete outcome of the creation of the Seattle database was the passage of a subsequent law making them easier to remove from housing deeds. This year Oregon’s legislature passed a similar law intended to remove the bureaucratic headache of striking the language from deeds. Historians say racially restrictive covenants were typically enforced by neighborhood associations that could – and sometimes did -- file lawsuits if a home in their neighborhood was sold to a person of color.

Melissa Lang, a graduate student in public history at PSU and the secretary of the NAACP Portland Branch, said it’s also important to note that Portland’s labyrinth of racist housing policies was also met with heavy resistance. She studies the ways in which residents, both Black and White, resisted racist policies. Black Portland residents formed financial institutions that would offer loans to African Americans when most banks would not, and by working with White businessmen and lawyers to act as legal representatives for loans to African Americans. Starting in the 1910s and 1920s, she said, the Black press played a key role in encouraging and promoting Black homeownership.

“African Americans have owned property all across the city. It was not just a way to throw roots down; it was a form of defiance,” Lang said.

Smith is still searching for covenants, and she, Barber and Lang spoke at Oregon Historical Society April 8 as part of a series of events honoring the 50th anniversary of the Fair Housing Act, which was signed into law April 10, 1968. Next week’s edition of The Skanner News will include a four-page insert on Fair Housing with more information on local events celebrating the law.

Barber’s students will also present their research at the Vanport Mosaic Festival in May on the long-term effects of housing discrimination.

“The long reach of that history is still playing out today,” Barber said. “And just as important, or maybe more important, is the tools of resistance.”

This article has been corrected from an earlier version to accurately reflect that African Americans formed the first financial institutions offering loans to Black residents.