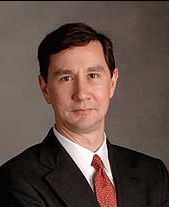 Join The Skanner in January to kick off one of the most diverse and socially conscious events of the New Year. Oregon Attorney General-elect John Kroger will be keynote speaker on Monday, Jan. 19 from 8:30-10:30 a.m. at the Oregon Convention Center, 777 NE Martin Luther King Jr. Boulevard, Portland. For more details and to book tables click here.

The Skanner's 2009 23rd annual Martin Luther King Jr. Breakfast was a resounding success. Over 900 people filled the halls of the Oregon Convention Center for a rousing breakfast celebrating the life and legacy of the slain civil rights leader. But more importantly, they heard about the future of civil rights in Oregon ...
Please click here to see a slideshow of pictures from Monday's event ...

Join The Skanner in January to kick off one of the most diverse and socially conscious events of the New Year. Oregon Attorney General-elect John Kroger will be keynote speaker on Monday, Jan. 19 from 8:30-10:30 a.m. at the Oregon Convention Center, 777 NE Martin Luther King Jr. Boulevard, Portland. For more details and to book tables click here. 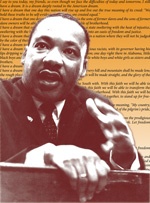 The Breakfast in January 2009 will be at Oregon Convention Center, 777 NE Martin Luther King, Jr. Blvd., Portland. So reserve a table now at [email protected]
Some discount tickets for non-profits are still available. Call 503-285-5555

The Skanner Martin Luther King Day Breakfast 2008, recorded at Portland's Hilton Hotel Monday Jan 21, will be broadcast on local access television at the following times:
Saturday 1/26/2008, 7:30 AM, Channel 22
Monday 1/28/2008, 11:30 PM, Channel 23
Saturday 2/2/2008, 4:30 AM, Channel 11
Subscribers to Comcast Digital also can view the event on Channel 1 at any time by looking for local programming on their menu. For more details visit http://www.pcmtv.org/featured_programming.php#VOD

The Skanner 22nd Annual Martin Luther King Jr. Breakfast was held on Monday January 21, 2008 at the Hilton Hotel in Portland. A thousand and twenty people attended.
Theme: "In Green Pastures: An Environment Where King's Dream Will Grow"

As the green environmental movement begins making inroads into mainstream America, as Martin Luther King Jr. did nearly four decades ago with the civil rights movement, the Skanner Foundation will highlight the importance of environmentally conscious living. This year's keynote speaker at the 22nd annual Martin Luther King Jr. Breakfast will be urban forest advocate Steve Coleman.
Coleman has forged community park partnerships across the District of Columbia and surrounding region, and he is a leader in the growing national urban parks movement, assisting urban park partnerships across the country and beyond.
This year's breakfast will be held from 8:30 to 10:30 a.m. on Monday, Jan. 21 at the Hilton Executive Tower Hotel, 921 S.W. 6th Ave. in Portland. To reserve a table, or nominate someone for the Drum Major for Justice Award or for a student scholarship, call 503-285-5555 or email ...

Details
Written by Nancy Mccarthy of The Skanner
Published: 17 January 2007

Martin Luther King Jr. brought the country closer than anyone to the vision contained in the United States Constitution — of equality for all — and the Black middle class has benefited from his legacy, noted Luke Visconti, publisher and co-founder of DiversityInc magazine and keynote speaker for The Skanner Foundation's 21st annual Martin Luther King Jr. Breakfast on Monday.
Still, however, the country's economic potential is being short-cutted because it hasn't yet moved past what Visconti called the "White-centric" model.
It's time for Black consumers to take action to ensure their place in a society that will remain mostly White until at least 2040, said Visconti, whose magazine publishes an annual list of top 50 Companies for Diversity.
"You have an obligation to act: Vote your ethics," Visconti told the 1,100 people who attended the breakfast on Martin Luther King Jr. Day. "Reward companies that share your vision, go to work for those companies.
Visconti was joined by other speakers, including Oregon Gov. Ted Kulongoski, who awarded The Skanner Foundation a $147,250 grant to develop a neighborhood multi-media training center in North Portland. The grant, from the Economic and Community Development Department, will enable local residents to learn video, technology, media and other skills for jobs in the film, video and multimedia industry.