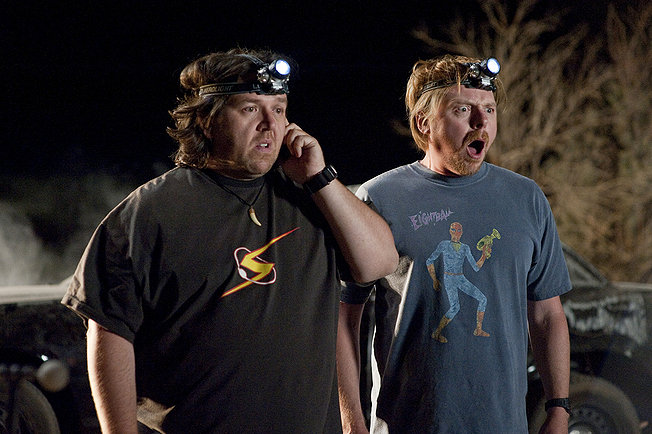 Limitless (PG-13 for profanity, mature themes, violence, sexuality and disturbing images) Bradley Cooper stars in this action thriller about a frustrated writer whose life is transformed after he is introduced to a top-secret, smart drug which enables him to use 100% of his brain. With Robert De Niro, Abbie Cornish and Anna Friel.

The Lincoln Lawyer (R for violence, sexuality and profanity) Matthew McConaughey stars in the title role of this courtroom drama about a disgraced criminal defense attorney working out of the back of his car who finally lands a shot at redemption when he's hired by a Beverly Hills playboy (Ryan Philippe) accused of raping a call girl. With John Leguizamo, Marisa Tomei, William H. Macy and Josh Lucas.

0s & 1s (Unrated) Digital Age comedy about a yuppie (Morgan Krantz) who's so dependent on his computer that his life starts to come apart at the seams when he discovers after a night of partying that someone has stolen his laptop. With Jeremy Blackman, Ryan Reyes and Hannah Hunt.

The Butcher, the Chef and the Swordsman (PG-13 for stylized violence, bloody images crude humor and partial nudity) Revenge comedy revolving around a beefy butcher's (Liu Xiaoye) attempt to even the score with the Zen swordsman (Senggerrenqing) who stole the woman (Kitty Zhang Yugi) of his dreams. (In Mandarin with subtitles)

Cracks (Unrated) Jordan Scott (Ridley's daughter) directs this homoerotic thriller set in England in the Thirties at an elite boarding school where a girl (Juno Temple) with a crush on a teacher (Eva Green) becomes jealous when she develops feelings for a Spanish transfer student (Maria Valverde). With Imogen Poots, Ellie Nunn and Zoe Carroll.

Desert Flower (R for profanity, violence and one scene of sexuality) Female empowerment flick based on the autobiography of the same name by Waris Dirie (Liya Kebede) who fled Somalia for London as a teenager to become a world-renowned supermodel . (In English, Somali and French with subtitles)

Motherland (Unrated) Crime drama about an Asian-American lesbian (Francoise Yip) who returns to the U.S. for the first time in years following the murder of her estranged mother (Shoyi Chang) only to find herself drawn into a web of deception being spun by her stepfather (Kenneth Tsang) and his best friend (Byron Mann) while trying to come to grips with her grief.

The Music Never Stopped (Unrated) Bittersweet drama about a regretful father (J.K. Simmons) who seeks to reconcile with his long-lost son (Lou Taylor Pucci) suffering from a brain tumor by listening to the Grateful Dead. With Tammy Blanchard, Mia Maestro and Cara Seymour.

Win Win (Unrated) Buddy comedy about a down on his luck attorney (Paul Giamatti) moonlighting as a high school wrestling coach who gets a new lease on life when he stumbles across a star athlete (Alex Shaffer). With Amy Ryan, Burt Young, Jeffrey Tambor and Melanie Lynskey.

Winter in Wartime (R for profanity) WWII saga, set in Holland in 1945, about a 13 year-old boy (Martijn Lakemeier) who joins the Resistance after coming to the aid of a wounded British pilot (Jamie Campbell Bower). With Melody Klaver, Raymond Thiry and Yorick van Wageningen. (In Dutch, English and German with subtitles)