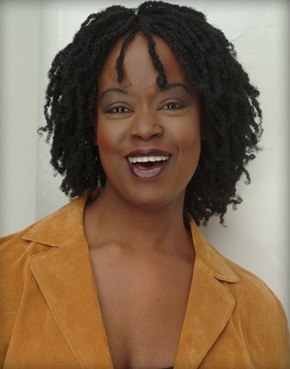 PassinArt: A Theater Company will be celebrating Women's History Month with performances of "Tough Titty."

The play by African American playwright and actress Oni Faida Lampley (pictured), is the story of a family surviving the rigors of a marriage that is upended by the unexpected diagnosis of breast cancer.

After the matinees on March 12 and 19, there will be a special panel discussion with artists, survivors and health care professionals.

In the play, Angela, a mother of two, begins to question her faith, her marriage, family and friends after she is diagnosed with breast cancer. She learns to accept that not everything should be taken for granted in life and that even the love of family and friends have limitations.

The play is directed by A. Nannette Taylor and will feature Portland artists RaChelle Schmidt as Angela and Drammy Award Winner Kenneth Dembo as Shaka, as well as the supporting cast of Shelley Johnson, Sharon Mann, Harold Phillips, Laura Li, and Isha Tell.

Tickets are available at Reflections Coffee House, 446 NE Killingsworth Ave. in advance as well as at the door. The production was made possible in part by Legacy Health, Susan G. Komen for the Cure of Oregon and Southwest Washington.