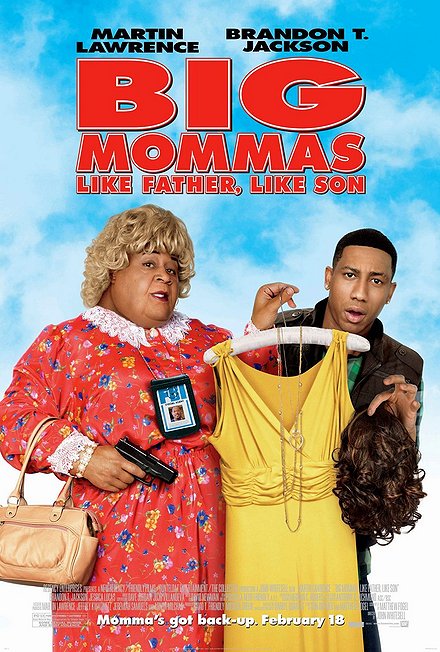 The Chaperone(PG-13 for profanity, violence and crude humor) Rowdy, road comedy about a reformed bank robber (Paul Levesque) who agrees to serve as a chaperone on his 13-year-old daughter's (Ariel Winter) school bus trip to New Orleans only to find himself on the run from members of his former gang. With Kevin Corrigan, Annabeth Gish and Ashley Taylor.

I Am Number Four(PG-13 for profanity, violence and intense action sequences) Sci-fi thriller about a teenage fugitive (Alex Pettyfer) from another planet who tries to hide from the ruthless alien assassins on his trail in an idyllic Ohio town where he falls in love with a local gal (Dianna Agron). With Timothy Olyphant, Teresa Palmer and Jake Abel.

Unknown(PG-13 for violence, brief sexuality and intense action sequences) Psychological thriller about a doctor (Liam Neeson) who awakens from a coma after a car accident in Berlin to discover that a stranger (Aidan Quinn) has not only assumed his identity but has even managed to trick his wife (January Jones). With Frank Langella, Diane Kruger and Bruno Ganz. (In English, German and Arabic with subtitles)

Brotherhood(R for sexuality, violence and pervasive profanity) Reality check drama about a college freshman (Trevor Morgan) pressured to participate in a cover-up after a fellow, fraternity pledge (Lou Taylor Pucci) is shot during a convenience store robbery which was supposed to be the final phase of their initiation. With Arlen Escarpeta, Jon Foster and Jennifer Sipes.

Even the Rain(Unrated) Bolivian drama about a couple of filmmakers (Luis Tosar and Gael Garcia Bernal) in the midst of shooting a controversial bio-pic about Christopher Columbus in Cochabamba when the locals rebel against plans to privatize the city's water supply. With Raul Arevalo, Karra Elejalde and Pau Colera. (In Spanish with subtitles)

Immigration Tango(R for profanity and sexuality) Green Card comedy about a Russian transfer student (Elika Portnoy) with a Colombian fiancé (Carlos Leon) forced to keep up appearances after swapping marriage partners with a Miami couple (McCaleb Burnett and Ashley Wolfe) in order to avoid deportation.

The Last Lions(PG for violent images) Endangered species documentary, shot for National Geographic by conservationists Dereck and Beverly Joubert, chronicling the decline of Africa's lion population over the past 50 years from a half-million to a mere 20,000. Narrated by Jeremy Irons.

Putty Hill(Unrated) Baltimore mumblecore, unfolding at a karaoke bar where friends and relatives of a young man who died of a drug overdose gather to eulogize him while conducting a post mortem about where he went wrong. With Sky Ferreira, Cody Ray and Zoe Vance.

Vanishing on 7th Street(R for profanity) Suspense thriller set in a Detroit bar where the only four survivors (Thandie Newton, Hayden Christensen, John Leguizamo and Jacob Latimore) of a citywide blackout band together to defeat the shadowy menace which has left the decimated population on the brink of extinction.

We Are What We Are(Unrated) Mexican horror flick about a cannibalistic clan's struggle to continue their man-eating rituals in the wake of the sudden passing of the family patriarch (Humberto Yanez). Cast includes Adrian Aguirre, Miriam Balderas, Carmen Beato and Alan Chavez. (In Spanish with subtitles)