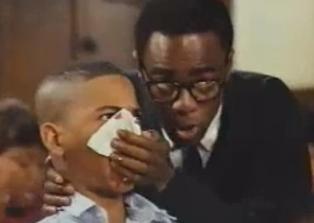 The Directors Guild of America is holding a special evening of tribute for pioneering African American film director Michael Schultz. The guild's African American steering committee is honoring Schultz as a 'Game Changer', because his work for major film studios opened doors for directors of color. The Skanner News Video: Cooley High
The evening of tribute will take place Wednesday Feb. 23 from 6:30 pm at the Director's Guild of America Theater One, 7920 Sunset Boulevard, Los Angeles.
Schultz attended the University of Wisconsin at Madison, Marquette University, and Princeton, where he directed his first play, Samuel Beckett's Waiting for Godot in 1966. During 1968 and 1969 he worked with the Negro Ensemble Company. He directed Lorraine Hansbury's play 'To be Young Gifted and Black' first for the stage and later for television.
His early films were comedies with edge: 'Honeybaby, Honeybaby', 'Cooley High', 'Car Wash,' 'Greased Lightning' and 'Which Way is Up?'
In 1978, Schultz directed the Beatles' musical 'Sergeant Pepper's Lonely Hearts Club Band.' The film fell short at the box office and with the critics, but Schultz went on to direct the profitable 'Scavenger Hunt' and 'Disorderlies' as well as many television shows and made-for-TV movies. Episodes of Ally McBeal, Picket Fences The OC, Boston Public, JAG and many other shows have benefited from his direction. He was inducted into the Black Filmmakers Hall of Fame in 1991.