Thandie Newton: A Body in Motion

By Kam Williams, Special to The Skanner News
Published: 09 November 2010 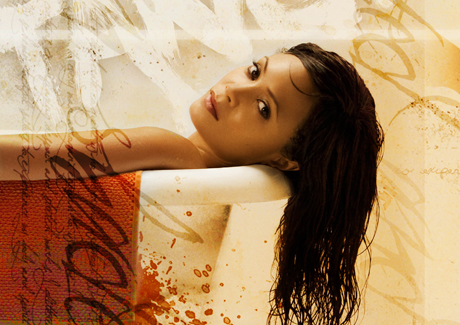 Born in London on November 6, 1972, Thandie Newton is a consummate actress associated with riveting performances in everything from "Beloved" to "Besieged" to "Crash." She will soon be seen in the independent film "Vanishing on 7th Street" where she stars opposite Hayden Christensen and John Leguizamo, and she is currently shooting the psychological thriller "The Retreat" with Cillian Murphy and Jamie Bell.

Thandie won both a BAFTA and Screen Actors Guild Awards for her work in Crash, the Academy Award-winning Best Picture of 2006. She most recently appeared in 2012, a sci-fi flick which grossed in excess of $750 million at the box office worldwide.

Newton impersonated Secretary of State Condoleezza Rice in "W." which was directed by Oliver Stone. Other films on her impressive resume' include "The Pursuit of Happyness," "Run Fat Boy Run," "The Truth about Charlie" and "Mission Impossible 2."

Kam Williams: Hi, Thandie, thanks for the time. The last time we spoke was when you were doing Run Fatboy Run.

Thandie Newton: [Sarcastically] Well, "For Colored Girls" is exactly like that one, isn't it Kam?

KW: [Playing along] Sure, the same storyline, and you're even playing the same character. I want to get right to questions submitted by fans of yours. Children's book author Irene Smalls askswhat were your initial feelings about taking the role of Tangie?

TN: Terror. I was really terrified, because the film was so unlike anything I'd ever done before, because Tangie's so unlike me, and because of the quiet, sensitive and grateful place I was in my life on a personal level. I knew I'd now have to go out and be this audacious, promiscuous character.

KW: But you killed in the role! You did it!

TN: You know what, my darling? I got into it. I pulled myself away from my place of peace and compassion. [LOL]

KW: Reverend Florine Thompson asks: Which character in For Colored Girls do you most identify with?

TN: Oh, goodness! Gilda, possibly. But, honestly, I identify with a bit of everybody.

KW: Editor/legist Patricia Turnier says: I think you're a great actress! Is Tangie one of the more complex and challenging characters you've played?

TN: Absolutely! And I am so grateful for the opportunity to play her, because there are times when a character is uncomplicated and just about moving the story from A to B which makes me want to quit. As opposed to pieces like this where I get to play a real character. For Colored Girls has recharged my batteries for the next decade. It reminded me of what acting can be, how powerful a tool it can be, and how entertaining and provocative it can be for an audience. These types of roles don't come along often, but I seem to get them at the right time, and then I decide not to throw in the towel.

KW: FSU grad Laz Lyles asks: With a text this powerful, what was the self-discovery factor like? Were there any dormant traits that unexpectedly came to the surface?

KW: Attorney Bernadette Beekman says: I remember how moved I was after reading "For Colored Girls" when it was first published. Did the depicted slices of African-American women's lives resonate with you even though you grew up in Cornwall as the daughter of a woman born in Africa?

TN: It's funny, because I don't feel like I'm playing an African-American, necessarily. I feel like I'm playing a human being with that specific accent, that's all. And I feel that way with all the characters I play. My approach might be validated by my background in anthropology which I majored in at Cambridge. I learned there that when it comes to emotions, we all feel pain in the same way, everyone, whether you're from Istanbul or Beijing.

KW: Yale grad Tommy Russell asks: Is there a theatrical role you would love to play?

TN: I'm looking forward to playing Cleopatra, in Shakespeare's Antony and Cleopatra, but not for another twenty years or so.

TN: I'll let you know when that question arises. I'm sure it's out there, but I couldn't put my finger on it right now.

TN: Less and less as time goes by.

TN: Ooh, yesterday afternoon with my children in the back of a cab. One of them said something so dry and witty that I laughed until I had tears in my eyes.

TN: It's called, "What to Look for in Winter," by Candia McWilliam.

KW:The music maven Heather Covington question: Who are you listening to on your iPod?

TN: Right now, the group TV on the Radio.

TN: That rape would no longer be used as a weapon of war.

KW:How can your fans help you?

TN: Aww, that's a sweet question. By being honest… By having opinions... and by being adventurous about what they choose to watch, movie-wise.

KW: The Boris Kodjoe question:What do you consider your biggest accomplishment?

KW: Have you ever wished you could have your anonymity back?

KW: Do you ever feel the pressure to not change creatively?

TN: No, I don't. I've been fortunate not to have been pigeonholed by virtue of being mixed-race, of being English and black, and by virtue of working all over the world. I've enjoyed a great degree of variety in the work that I've done. It's been quite unique.

TN: The people I meet, the stories I hear, and the experiences I get to have without actually living them for real.

TN: A cigarette at the end of the day.

KW: Do you ever get lonely while working on the road?

TN: Yeah, but I call my Mum, and she gets on a plane and comes to see me.

KW: the Zane question: Do you have any regrets?

KW: Bernadette asks: Are you still friendly with Nicole Kidman?

TN: Yes, I still see Nicole. Whenever we get together, we have nothing but good things to say to each other. We shared a very beautiful time and memory making a movie called "Flirting." We were both very young, and I think there's a real fondness that we identify with one another just because of how young we were and how much life has changed since then. So, when I see her, I feel like life is slipping back into that innocence, which is really sweet.

KW: Tommy asks: Is it true that you drive a Prius? If so, do you like your new car and do you think everyone should make the shift to a hybrid or electric car?

TN: Yes, I have for about three years now. Yes, I like it, but it takes a commitment to convert to living in ways which are environmentally sound.

KW: Reverend Thompson was wondering, if you had a choice to play the role of a famous person, who might that be.

TN: Nina Simone. I'd love to just know more about her, and a movie would be a great place to see the evolution of her life and to learn from it and to be grateful for what she was able to give the world despite having suffered so much.

KW: A famous person you already played was Condoleezza Rice. How did you prepare for that role?

TN: I went back to my Cambridge roots and did an ethnography on her. I read a lot of books, not only about her, specifically, but also about the Bush administration. And I watched snatches of her on everything from Charlie Rose to Youtube and then I channeled everything that I learned from my research into my performance on screen.

TN: Finding a diamond in a sausage.

TN: By remembering what I'm grateful for.

KW: What has been the biggest obstacle you have had to overcome?

TN: Live in the moment.

KW: The Tavis Smiley question: how do you want to be remembered?

KW: Well, thanks for another great interview, Thandie.

TN: Thank you, Kam, this has been really interesting. Bye.

To see a trailer for For Colored Girls, visit: