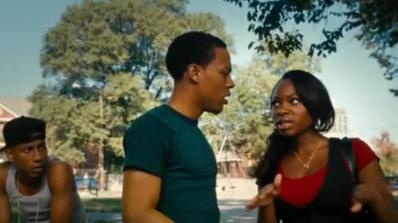 Lottery Ticket (PG-13 for sexuality, profanity, violence, underage drinking and a drug reference) Bow Wow stars in this inner city comedy about a lotto winner from the 'hood eager to claim his $370 million prize who first has to survive a weekend in the projects hiding his ticket from all the scheming opportunists aware of his good fortune. Ensemble includes Ice Cube, Mike Epps, Terry Crews, Charlie Murphy, Naturi Naughton, Keith David, Loretta Devine, T-Pain and Bill Bellamy.

Nanny McPhee and the Big Bang (PG for crude humor, mature themes and mild epithets) Emma Thompson reprises the title role in this sequel set during World War II in the English countryside where the no-nonsense nanny with magical powers arrives in time to help an overwhelmed young mother (Maggie Gyllenhaal) saddled with responsibility of raising her rambunctious kids and tending to the family farm alone while her husband (Ewan McGregor) is fighting on the front lines. With Maggie Smith, Ralph Fiennes and Rhys Ifans.

The Switch (PG-13 for nudity, sexuality, profanity, drug use and mature themes)
Biological clock comedy about an unmarried woman, desperate to have a baby, who has no idea that her best friend (Jason Bateman) secretly supplied the sperm for her artificially-inseminated child. Cast includes Jeff Goldblum, Juliette Lewis and Victor Pagan.

Vampires Suck (PG-13 for profanity, partying, sexuality, slapstick violence and crude humor) The Twilight Saga gets spoofed in this teensploitation flick revolving around a high school senior (Jenn Proske) who has to choose between a vampire (Matt Lanter) and a werewolf (Chris Riggi) as her prom date. With Dr. Ken Jeong, Devon Kelly and Crista Flanagan.

Altiplano (Unrated) Peruvian eco-drama, set in the Andes, about the misplaced measure of revenge exacted from a photographer's (Jasmin Tabatabai) physician husband (Olivier Gourmet) when his indigenous patients blame him for their poisoning after a spill at a nearby mercury mine. (In Spanish, Quechua, French, English and Persian)

A Film Unfinished (Unrated) Holocaust documentary deconstructs a Nazi propaganda flick, found after VE Day, presenting a perverted picture of what life was like for Jews in the Warsaw ghetto during World War II. (In German, Hebrew, Yiddish and Polish with subtitles)

Hiding Divya (Unrated) Rehana Mizra makes her writing and directorial debut with this intergenerational drama tackling the taboo subject of mental illness inside the South Asian-American community. Inspired by a true tale about a bipolar matriarch (Madhur Jaffrey) with a Prodigal adult daughter (Pooja Kumar) and an emotionally-troubled, 16 year-old granddaughter (Madelaine Massey). With Deep Katdare, Kunal Sharma and Norm Golden.

Mao's Last Dancer (Unrated) Horatio Alger bio-pic recounts the acrobatic exploits of Li Cunxin (Chi Cao), a peasant plucked from poverty at the age of 11 to train at the prestigious Beijing Ballet Academy who blossomed into one of the world's elite dancers. With Joan Chen, Bruce Greenwood and Suzie Steen. (In English and Mandarin with subtitles)

Soul Kitchen (Unrated) Cross-cultural comedy, set in Hamburg, about a restaurateur (Adam Bousdoukos) who causes quite a stir when he leaves the establishment in the hands of his ex-con brother (Moritz Bleibtreu) so that he can be free to follow his girlfriend (Pheline Roggan) to Shanghai. (In German and Greek with subtitles) 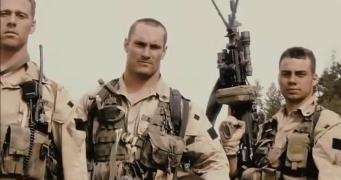 The Tillman Story (R for profanity) Glorification of war documentary exposes the U.S. military's attempt to turn the friendly fire killing of Pat Tillman in Afghanistan into a propaganda recruitment tool just as it did with freed POW Jessica Lynch after the invasion of Iraq.