Film Review: We Need to Talk 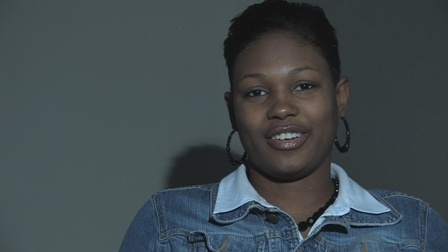 Janks Morton is an award-winning documentary filmmaker known for poignant, tough-love documentaries about African-American males like What Black Men Think and Men to Boys. Now, as the father of an 11 year-old girl poised on the brink of blossoming into a beautiful, but possibly vulnerable young woman, he was inspired to make sisters the subject of his latest offering. So, this go-round, he traveled to the Southside of Chicago where he interviewed ten female survivors of the battle-of-the-sexes about their relationships with their dads during their formative years and also with their boyfriends when they first started dating.
Exhibiting an uncanny knack for both eliciting emotional responses and capturing African-American pulchritude on camera, Janks posed a series of probing questions in his trademark fashion. The telling, and frequently tearful responses of each, whether Kenisha Byrd, Stephanie Brewer, Anika Jackson, Trudy Martin, Carla O'Neil, Conchita Jamison, Jaime Gill, Soneika O'Neil, Rhonda Benson or Donna Watkins, generally revealed a wounded soul profoundly affected by a dysfunctional, early family life, often the product of an absentee father.
Consequently, we learn that most lost their virginity while still in their teens, before ending up either having an abortion or becoming a single-mom. Rhonda, whose dad died when she was 1, relates how she became sexually-active at 13 at the prompting of a much older guy. Her biggest regret? The abortion. Her advice to girls coming of age? "Don't compromise! You weren't created to be a playmate for the male gender."
Similarly, Trudy, who was raised by her big sister, says she started engaging in intercourse at the age of 12. She was impregnated twice by the custodian at her high school, a philanderer who successfully pressured her to abort both babies.
Stephanie, by contrast, grew up in a 2-parent household, and says that it was only "by the grace of God" that she never got pregnant. But she does confess to a partaking in a confounding pattern of promiscuity as a wayward teen which caused her to lose another piece of herself with each successive partner. With the benefit of 20-20 hindsight, Stephanie today acknowledges that "Sex is so much more than a physical act," and that one "shouldn't give a man access without the covenant of marriage."
Again and again, the narratives here reflect the wisdom of a reformed man-pleaser who might have benefited from the presence of the father figures they seemed to crave, instead of the bad boys they instead found, players willing to serve only as sperm donors.
These sage sisters' insights range from common sense ("Don't buy into guys' sweet talk") to the spiritual ("Find a mentor who will lead you to Christ.") Yet, the pivotal question left unanswered is whether their pearls of wisdom are apt to reach the impressionable minds of the next generation and thereby end the self-destructive cycle.
Another contribution to the documentary genre deserving of a grassroots movement from a brilliant brother to be reckoned with who remains devoted to the betterment of the African-American community. The cinematic equivalent of an intervention.

See a trailer for We Need to Talk