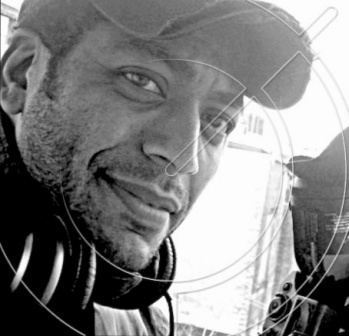 Eat, Pray, Love (PG-13 for brief profanity, sexual references and male rear nudity) Julia Roberts stars in this screen adaptation of Elizabeth Gilbert's best-selling memoir about a miserably-married career woman who quits her job and divorces her husband (Billy Crudup) to embark on a globetrotting journey of self-discovery financed by an advance from the publisher who purchased the rights to her book. With Javier Bardem, James Franco, Viola Davis and Richard Jenkins.

The Expendables (R for profanity and graphic violence) Sly Stallone wrote, directed and stars in this political potboiler about a team of mercenaries on a mission to overthrow an evil, South American dictator (David Zayas) who discover that they've been double-crossed by a traitor in their midst. Cast includes Jason Statham, Jet Li, Dolph Lundgren, Terry Crews, Mickey Rourke, Bruce Willis and Arnold Schwarzenegger.

Scott Pilgrim vs. the World (PG-13 for profanity, sexuality, stylized violence and drug references) Michael Cera stars in this romantic comedy based on Bryan Lee O'Malley's graphic comic book series about a bass playing, 23 year-old slacker in a garage band who discovers that he must contend with seven, evil ex-boyfriends before he can win the heart of the girl of his dreams (Mary Elizabeth Winstead). Cast includes Kieran Culkin, Chris Evans, Anna Kendrick, Jason Schwartzman, Ellen Wong and Brandon Routh.

Animal Kingdom (Unrated) Aussie crime drama about a detective (Guy Pearce) mourning the death of a colleague who endeavors to rescue a 17 year-old (James Frecheville) before he becomes a made man in a ruthless mob family. With Luke Ford, Joel Edgerton and Jacki Weaver.

Down Terrace (R for violence, drug use and pervasive profanity) Mafia comedy about a recently-paroled father (Robert Hill) and son (Robin Hill) kingpins of a tight-knit crime syndicate who become obsessed with finding the snitch responsible for sending them up the river. Cast includes Julia Deakin, Sara Dee and Mark Kempner.

Family Affair (Unrated) Dysfunctional family documentary about three sisters' lifelong effort to recover from being molested by their father over the course of their childhood. Directed by their brother, Chico David Colvard, who shot one of his siblings in the leg when he was just 10.

Neshoba: The Price of Freedom (Unrated) Civil Rights Era documentary about a Mississippi County which remains divided along the color line 45 years after the murders there of equality advocates James Chaney, Andrew Goodman and Michael Schwerner by the Ku Klux Klan.

Peepli Live (Unrated) Social satire, set in the heart of rural India and revolving around a couple of brothers (Omkar DasManikpuri and Raghubir Yadav) who contemplate committing suicide for the insurance money to avoid losing the family farm in bankruptcy. With Farrukh Jaffar, Shalini Vatsa and Malaika Shenoy. (In Hindi with subtitles)

Salt of This Sea (Unrated) Middle East drama abut a Brooklyn-born Palestinian (Suheir Hammad) who returns to her roots in Jaffa to reclaim an inheritance frozen in a bank account, only to forge an unholy alliance with a young man (Saleh Bakri) whose dream is to leave the region forever. With Avi Ammar, Iman Aoun and Diana Buttu. (In Arabic with subtitles)

La Soga (Unrated) Revenge-fueled saga, set in the Dominican Republic, about the 10 year-old son (Manny Perez) of a butcher who is recruited by the secret police and gradually turned into a stone-cold killer, after witnessing the murder of his father (Nelson Baez) by a mobster (Paul Calderon) from NYC. Ensemble includes Denise Quinones, Juan Fernandez and Joseph Lyle Taylor. (In Spanish with subtitles)

Tales from Earthsea (PG-13 for violence) Animated fantasy about a wandering wizard (Timothy Dalton) who investigates the appearance of dragons with the help of a young boy Prince (Junichi Okada). Voice cast includes Aoi Teshima, Bunta Sugawara and Jun Fubuki. (In Japanese with subtitles)

Trust Us, This Is All Made Up (Unrated) Ad-lib documentary chronicling the career of the improv team of TG Jagodowski and David Pasquesi, alums of the legendary Second City comedy troupe.