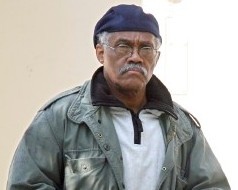 NEW YORK — The only man to admit shooting Malcolm X was freed on parole Tuesday, 45 years after he killed the civil rights leader.
Thomas Hagan was freed from a prison where he spent two days a week in a work- release program, state Correctional Services spokeswoman Linda Foglia said.
Hagan, 69, has said he was one of three gunmen who shot Malcolm X at Harlem's Audubon Ballroom on Feb. 21, 1965. But Hagan has said two men convicted with him were not involved. They were paroled in the 1980s.
Malcolm X was slain because of his split with the leadership of the Nation of Islam, the Black Muslim movement for which he had once served as chief spokesman, Hagan said.