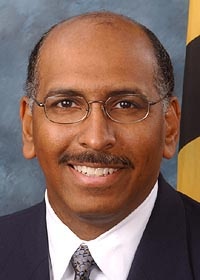 WASHINGTON (AP) -- Democratic groups tried Tuesday to make a campaign issue out of news that the national Republican Party spent $1,946 at a sex-themed California nightclub, but GOP activists said party chairman Michael Steele will weather the hubbub.
The Republican National Committee fired a staffer who helped organize the Jan. 31 visit to Voyeur Hollywood West, which features topless dancers, bondage outfits and erotic themes. It said it will recoup the money from a donor who paid the tab and was reimbursed by the party on Feb. 4.
The episode raises new questions about Steele's oversight of the RNC. But party officials said Steele knew nothing of the nightclub visit by a group of young Republicans, which was listed in a federally required financial disclosure report, and they promised to tighten accounting practices.
The Democratic Senatorial Campaign Committee pressed numerous GOP candidates to say whether Steele 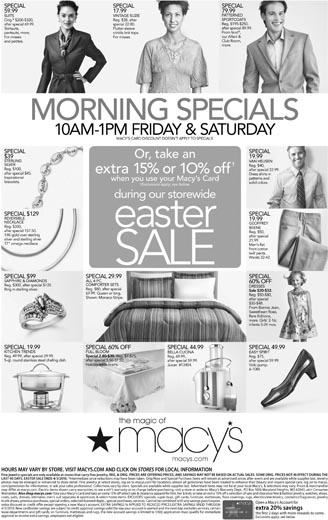 should remain as head of the NRC. But GOP activists predicted the matter would blow over soon.
"I don't think there's going to be anyone who wants to challenge him," said Washington-based consultant John Feehery, who has advised several Republican candidates and officeholders. Steele generally has done a good job of catering to the needs of RNC members, Feehery said.


New Mexico-based GOP consultant Eddie Mahe said "it would be the height of stupidity" to dump a party chairman seven months before a national election, even if some party donors might be grumbling.


An RNC memo released Tuesday said the nightclub visit involved several members of the Young Eagles group who had been in Los Angeles for a meeting. The memo, from RNC chief of staff Ken McKay, did not name the fired staffer, but said the person had been warned that such activities did not qualify for reimbursement.
A Republican official said the staffer fired was Allison Meyers, who headed the Young Eagles, which tries to recruit major GOP donors 45 and younger. The official spoke only on the condition of anonymity in order to discuss a party personnel matter.
The RNC sent $1,946 on Feb. 4 to Erik Brown of Orange, Calif., the donor-vendor who billed the GOP for the club visit on behalf of the attendees. McKay said Brown has agreed to return the money. Brown did not respond to messages seeking comment.
Since November, the RNC has paid Brown's company, Dynamic Marketing Inc., about $19,000 for printing and direct-mail services, campaign spending reports show. He has contributed several thousand dollars to the party.
RNC spokesman Doug Heye tried to distance Brown from the chief blame, saying it was unfortunate "that a loyal GOP donor who has recruited other donors became involved in this incident while merely trying to help what turned out to be the improper request of a staffer who is no longer with the committee."
The most recent financial disclosure report said the RNC spent more than $17,000 for private planes in February and nearly $13,000 for car services. Heye said such services are used only when needed.
McKay's memo says the RNC is committed to using donors' funds efficiently and responsibly.
Steele's supporters say he has brought a refreshing frankness and energy to the party's leadership.
The RNC ended February about $2.5 million ahead of its Democratic rival. The RNC had about $9.5 million on hand and no debt; the Democratic National Committee reported $10.7 million in the bank but $3.7 million in debt.
Under Steele's leadership, the RNC is pressing for more freedom in how it raises money; it is challenging a 2002 law prohibiting it and the Democratic Party from collecting big contributions from corporations and others known as soft money. Steele said last week that the GOP will take the case to the Supreme Court.
Some Republican officials and donors have complained about Steele's spending decisions, saying the party should devote every available dollar to trying to win House and Senate races this fall. He held this year's four-day winter meeting at a beachfront hotel in Hawaii, although it often takes place in Washington.
Some donors grumbled when Steele spent more than $18,000 to redecorate his office. Steele, a former Maryland lieutenant governor, also has received substantial fees for making speeches, even though the RNC pays him a full-time salary.
Some Republicans also have questioned whether the RNC is overpaying the finance director Steele hired, Republican consultant Robert Bickhart. Bickhart and his firm have taken in at least $411,568 from the RNC since Steele hired him last summer. That is far more than the roughly $136,000 the RNC has paid Steele during the 2009-10 cycle and rivals President Barack Obama's annual pay of around $400,000.
Much of the most lavish spending by the major political parties is associated with fundraisers, which often target wealthy people.
The RNC spent $144,549 for rooms at the Four Seasons Resort in Jackson Hole, Wyo., in 2009. On March 19, 2009, it spent $31,980 for catering by the Breakers Palm Beach in Florida.
The RNC paid $18,361 over the past several months to the "Tiny Jewel Box" in Washington for "office supplies," which may have included trinkets or gifts for big donors. It spent $13,622 at Dylan's Candy Bar in New York City.