'Pride and Prejudice,' Story that Launched a Thousand Spinoffs, Turns 200 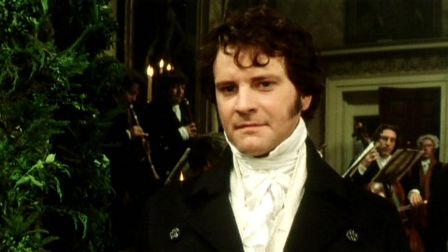 LONDON (CNN) -- It's a simple love story: Girl meets guy, it's hate at first sight, and then they fall in love. "Pride and Prejudice," the original rom-com, turns 200 today, with fans around the world celebrating the story that launched a whole industry.

The tale of feisty heroine Elizabeth Bennet and her relationship with the haughty, brooding Darcy is the stuff of spinoffs aplenty: Even if you've never read the original, chances are you've seen one of its many remakes, from Bridget Jones to Bollywood, zombie thrillers to murder mysteries.

But Jane Austen's best-known and most-loved novel, first published on January 28, 1813, and viewed by the author as her "own darling child" wasn't an immediate hit.

"It was very well received, and it made money, but it wasn't a massive bestseller in her day," says Louise West, curator of the Jane Austen House Museum at Chawton, in Hampshire.

Instead it became a slow-burn success, turning its creator -- after her early death in 1817 -- into a literary star. In his recent book "What Matters in Jane Austen?" expert John Mullan claims that only Shakespeare and Dickens "can rival her continuing, international appeal."

Cambridge University English professor Janet Todd puts Austen's enduring appeal down to "the mixture of simplicity and complexity -- her work looks so simple, so ordinary, and yet underneath, the more you look, the more you see, and the more complicated it becomes.

"Austen is one of the very few real crossover writers, who are popular with the public and also feted by critics and academia -- it is very rare."

"It's not just any old love story," says West. "It is also brilliantly written. Austen was the first truly modern novelist, and 'Pride and Prejudice' is full of irony, craft, careful plotting -- you read it for the story, but you get all these other layers of richness too."

But she says the secret of the story's success is down to its protagonists, Elizabeth and Darcy, "two terribly attractive characters who spark off each other in a very dynamic and sexy way," and to its heroine, in particular.

"'Pride and Prejudice' is the book that brings more people here than any other," says West. "They come looking for Elizabeth Bennet -- she is the character women aspire to be, she got the fairy story, and they want it to be real."

The book's bicentenary is being marked throughout the year with a series of events, starting with an international "Pride and Prejudice Readathon" at the Jane Austen Centre in Bath on Monday, and including exhibitions and an outdoor theater production in London.

A conference celebrating the anniversary will also be held at Lucy Cavendish College, Cambridge University, featuring everything from scholarly lectures to a Regency Ball -- and talks by figures including veteran mystery writer P.D. James, who turned "Pride and Prejudice" into a detective story in her "sequel," "Death Comes to Pemberley."

Over the course of two centuries, what began as a simple love story, sold to a publisher for £110 at the time, is now a global industry worth billions of dollars: Everything from Hollywood movies to bestselling books, including 2009 parody "Pride and Prejudice and Zombies," and even themed weddings.

"It is a multi-billion pound business, because nobody has to pay any royalties to the author," explains solicitor Mark Stephens. "They can just go back to the original text and remake programs, and as a result they're much cheaper to make."

A string of hugely popular adaptations, from TV miniseries to big budget Hollywood versions has helped ensure the novel remains popular with generation after generation.

West said the most notable boost came from the BBC's 1995 version, starring Jennifer Ehle as Elizabeth, and -- famously -- Colin Firth as Darcy, complete with wet shirt.

"Everyone fell in love with Colin Firth. I don't want to go on about him -- though I could, of course," she jokes. "He wasn't the only thing people loved about that version, but I'd be lying if I said he hadn't had a major impact."

And it's not just about the cash: Some fans say "Pride and Prejudice" has changed their life.

Austen herself wondered if the novel was "too light and bright and sparkling," but for many it is just this uplifting tone which has "taught them to hope."

"Our visitors' book is full of comments from people who've come from around the world, telling us what 'Pride and Prejudice' means to them," says West.

"They range from the usual 'It's my favourite book,' and 'I love Darcy,' to 'This book has saved me at times of great trial,' she says, adding: "Austen was even prescribed to soldiers in World War I, to help them get over shell shock."

For Lassman, the timelessness of "Pride and Prejudice" is key: "Things change, the world is modernized, but deep down we still want the same things: Love, and happiness."

Gurinder Chadha, director of 2005 Bollywood remake "Bride & Prejudice" says the story is universal -- whatever the setting.

"Jane Austen said that every woman wants to find their Darcy," says Chadha. "They don't want to compromise to to be accepted by that Darcy, they want to be their own woman. It's a romantic desire that we all have. It's the ultimate love story."

And that, it would seem, is... a truth universally acknowledged.