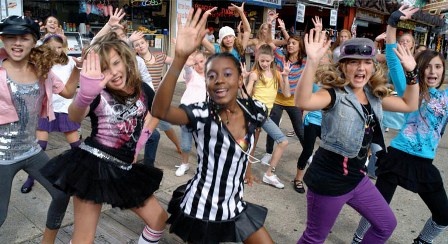 The Sorcerer's Apprentice (PG for violence, mild crude humor and brief profanity) Live-action remake of the Mickey Mouse segment of Fantasia updated as a latter-day tale, set in Manhattan, where a magician (Nicolas Cage) enlists the assistance of a college student (Jay Baruchel) to do battle with his evil archenemy (Alfred Molina). With Monica Bellucci, Teresa Palmer and Omar Benson Miller.

Inception (PG-13 for pervasive action and violence) Christopher Nolan directs this sci-fi, psychological thriller about a master thief (Leonard DiCaprio), capable of hacking into people's subconscious minds while they're in the dream state, who plans to pull off the perfect heist by implanting an idea inside of someone's head. Cast includes Michael Caine, Marion Cotillard, Ellen Page, Ken Watanabe and Joseph Gordon-Levitt.

Alamar (Unrated) Quality-time, seafaring saga about a Mexican fisherman (Jorge Machado) who makes the most of a final, father-son bonding opportunity before his five year-old (Natan Macado Palombini) is scheduled to depart for Europe with his Italian mother (Roberta Palombini) for good. (In Spanish and Italian with subtitles)

The Concert (Unrated) Bittersweet redemption comedy about a former conductor of the Bolshoi, fired 30 years earlier for hiring Jews, who decides to try to reassemble musicians purged from the orchestra for a Paris concert. With Melanie Laurent, Dmitry Nazarov and Valeriy Barinov. (In French and Russian with subtitles)

The Contenders (Unrated) Dark comedy about the bizarre reaction of guests gathered for a celebration at the lakefront vacation home of a couple of friends (Anna Gutto and Nick Stevenson) when the birthday girl mysteriously dies. With Marta Mondelli, Adam Henry Garcia, and Eon Grey.
.
Henri-Georges Clouzot's Inferno (Unrated) "What if?" documentary examines found footage from "L'enfer," Clouzot's unfinished experimental film which was abandoned in 1964 in the midst of shooting after the lead actor fell ill and the director suffered a heart attack. (In French with subtitles)

Kisses (Unrated) Puppy love drama, set in Ireland, featuring the music of Bob Dylan and revolving around a couple of teens (Kelly O'Neill and Shane Curry) who run away from home together at Christmastime to escape their dysfunctional families only to end up sharing a scary ordeal on the streets of Dublin.

Spoken Word (Unrated) Prodigal Son drama about a San Francisco poetry slam artist (Kuno Becker) who returns to his New Mexico roots to care for his terminally-ill father (Ruben Blades) only to develop rapper's block when he starts hanging out on his hometown's crime-infested streets again with the gangstas he thought he'd left behind for good.

To Age or Not to Age (Unrated) Fountain of Youth documentary tracks the scientific progress as well as the ethical, economic and practical concerns of the pioneers in the field of anti-aging research, including Dr. Cynthia Kenyon, Dr. David Sinclair, Dr. Leonard Guarente and Dr. Aubrey de Grey.

Valhalla Rising (Unrated) Historical saga, set in 1000 AD, revolving around a mysterious mute warrior (Mads Mikkelsen) with superhuman strength who discovers his true self aboard a Viking ship headed for Jerusalem which ends up diverted to the gates of Hell instead. With Gary Lewis, Jamie Sives and Callum Mitchell.

The Wild Hunt (Unrated) Romance thriller about the trouble which ensues when a recently-jilted dude (Ricky Mabe) crashes a weekend-long, medieval re-enactment being staged in the forest in order to find his ex-girlfriend (Kaniehtiio Hom). With Mark Antony Krupa, Claudia Jurt and Trevor Hayes.