Opening This Week for Movies Opening May 28

Kam Williams Special to The Skanner
Published: 28 May 2010 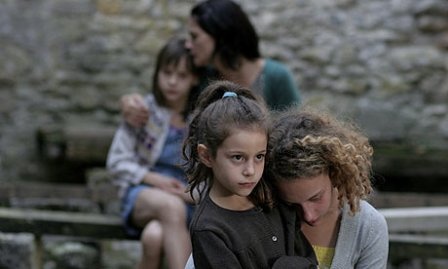 Left, The Father of My Children

Prince of Persia: The Sands of Time (PG-13 for intense action sequences) Medieval action fantasy, based on the video game of the same name, about a rogue prince (Jake Gyllenhaal) who reluctantly joins forces with a rival princess (Gemma Atherton) in order to keep an ancient dagger said to have supernatural powers from falling into the clutches of a diabolical despot (Ben Kingsley) bent on world domination. With Alfred Molina, Richard Coyle and Steve Toussaint.

Sex and the City 2 (R for profanity and graphic sexuality) Kim Cattrall, Kristin Davis, Cynthia Nixon and Sarah Jessica Parker all return for this sequel which has the decadent, NYC quartet reuniting a couple years later for an eventful, all expenses paid getaway to Abu Dhabi. Cast additions include Miley Cyrus, Penelope Cruz and Liza Minelli.

Agora (Unrated) Historical epic, set in Egypt in 391, recounting a critical period of religious and political upheaval. Story telescopes in on events in the life of celebrated atheist Hypathia of Alexandria (Rachel Weisz), a celibate professor of philosophy who landed in a love triangle with one of her pupils (Oscar Isaac) and her personal slave (Max Minghella), a closet Christian. With Rupert Evans, Ashraf Barhom and Michael Lonsdale.

The Father of My Children (Unrated) Dysfunctional family dramedy about a workaholic film producer (Louis-Do de Lencquesaing), already emotionally estranged from his wife (Chiara Caselli) and distant from three daughters (Alice de Lencquesaing, Alice Gautier and Manelle Driss), who turns suicidal when pushed to the brink by overwhelming financial woes. (In French with subtitles)

Mimacs (R for sexuality and violence) Revenge flick about a struggling artist (Dany Boon) orphaned as a boy when his soldier father was blown up by a roadside bomb who hatches a plan with his pals to get even with the arms dealer responsible for manufacturing the explosive device. With Omar Sy, Yolande Moreau and Nicolas Marie. (In French with subtitles)

Survival of the Dead (R for violence, gore, profanity and brief sexuality) Sixth high body-count horror flick in George A. Romero's "______ of the Dead" series, this one set off the coast of Delaware on a remote island where the embattled residents enlist the assistance of the National Guard in a desperate fight against a plague of man-eating zombies. Cast includes Kenneth Welsh, Alan van Sprang and Kathleen Munroe.

The Wild Hunt (Unrated) Romance thriller about the trouble which ensues when a recently-jilted dude (Ricky Mabe) crashes a weekend-long, medieval re-enactment being staged in the forest in order to find his ex-girlfriend (Kaniehtiio Hom). With Mark Antony Krupa, Claudia Jurt and Trevor Hayes.