Kam Williams Special to The Skanner
Published: 25 May 2010 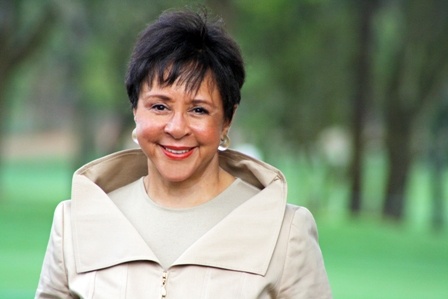 Entrepreneur and philanthropist Sheila Crump Johnson is the only African-American female to enjoy ownership in three professional sports teams: the WNBA's Washington Mystics, the NBA's Washington Wizards and the NHL's Washington Capitals. Furthermore, as CEO of Salamander Hospitality, a company she founded in 2005, Ms. Johnson oversees a growing portfolio of luxury properties, including Woodlands Inn, in Summerville, SC, which is one of only a handful of properties to receive both a prestigious Forbes Five Star rating and a AAA Five Diamond rating for lodging and dining.
In 2007, she acquired Innisbrook, a Salamander Golf & Spa Resort. Set on 900 acres, this 72-hole Florida getaway hosts the PGA Tour's annual Transitions Championship and the LPGA Legends Tour Open Championship. The company is also building the eagerly-anticipated Salamander Resort & Spa, nestled in the foothills of the Blue Ridge Mountains in charming Middleburg, VA.
In addition, Johnson is a partner in ProJet Aviation, a company specializing in aviation consulting, aircraft acquisitions, management, and charter services based in Winchester, VA. And she is a partner in Mistral, a maker of fine bath, body and home products.
Ms. Johnson has long been a powerful influence in the entertainment industry as a founding partner of Black Entertainment Television (BET) and, most recently, as a film producer. In partnership with other investors, her first film, Kicking It, premiered at the 2008 Sundance Film Festival. She executive produced her second film, A Powerful Noise, which premiered at the 2008 TriBeCa Film Festival in New York, as well as her third film, She Is The Matador.
In 2006 she was named global ambassador for CARE, a leading humanitarian organization fighting poverty worldwide by empowering women since they are in a pivotal position to help their communities escape poverty. "Sheila's I Am Powerful Challenge" was instrumental in raising funds for this important work.
A fervent supporter of the arts and education, she was recently appointed by Barack Obama to the President's Committee on the Arts and the Humanities and serves as Chair of the Board of Governors of Parsons The New School for Design in New York. She sits on the boards of Americans for the Arts, the Jackie Robinson Foundation, the Tiger Woods Foundation, the University of Virginia Curry School of Education, Howard University, the University of Illinois Foundation, and is a member of the Council on Foreign Relations.
An accomplished violinist, Ms. Johnson received a Bachelor of Arts in music from the University of Illinois, as well as honorary degrees from numerous other institutions. Ms. Johnson, who lives in Middleburg, VA, is a mother of two, and remarried to the Honorable William T. Newman, Jr.
Here, she talks about her new film, "The Other City," an expose' about the HIV/AIDS crisis in Washington, DC which recently premiered at the 2010 TriBeCa Film Festival.

See a trailer for "The Other City"