Opening This Week: For Movies Opening May 7

Kam Williams Special to The Skanner
Published: 07 May 2010

Iron Man 2 (PG-13 for profanity and intense sci-fi violence) Robert Downey, Jr. reprises his role as the genius, billionaire inventor with a superhero alter ego. This installment finds him resisting pressure from the government, the press and the public to share the secrets to his state-of-the-art armor with the U.S. military out of fear that the technology might fall into the wrong hands. Cast includes Gwyneth Paltrow, Don Cheadle, Mickey Rourke, Scarlett Johansson, Samuel L. Jackson and Sam Rockwell. 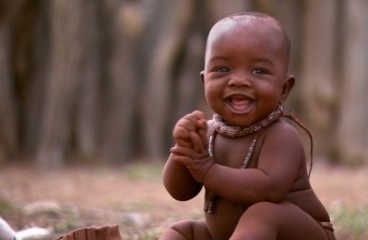 Babies (Unrated) The world as a global nursery documentary chronicling the first year in the lives of four infants, one each from Mongolia, Namibia, Japan and America. (In French with subtitles)

Badmaash Company (Unrated) Bollywood crime thriller, an international musical set in Mumbai, Bangkok, New York and Las Vegas in the Nineties, and revolving around a quartet of young friends (Shaid Kapoor, Anushka Sharma, Vir Das and Meiyang Chang) who start an import business which quickly makes them millionaires at the expense of their ethics. (In Hindi and English with subtitles)

Casino Jack and the United States of Money (R for profanity) Oscar-winning, documentary filmmaker Alex Gibney (Taxi to the Dark Side) directs this bio-pic recounting the shady shenanigans of DC lobbyist Jack Abramoff who undermined American democracy with the help of some of the best politicians money could buy.

Floored (Unrated) Obsolescence expose' examines automation's impact on workers at the Chicago Board of Trade as the commodity market's primary method of operation shifts from frenzied, man-a-mano action in the pits on the floor of the exchange to impersonal electronic trading on computers. With appearances by CNBC's Rick Santelli and Pete Najarian.

Happiness Runs (Unrated) Coming-of-age drama about a neglected kid (Mark L. Young) raised on a polygamous hippie commune in Malibu who becomes wise enough to start looking for another path than his parents' one which was marked by promiscuity, drugs and a slavish devotion to an exploitative guru (Rutger Hauer).

The Lightkeepers (PG for smoking, mature themes and brief profanity) Romantic comedy, set on Cape Cod in 1912, where a misogynistic lighthouse keeper (Richard Dreyfuss) finds his vow of celibacy tested when a young heiress (Mamie Gummer) with an attractive assistant (Blythe Danner) moves into a nearby cottage for the summer. Cast includes Bruce Dern, Tom Wisdom, Julie Harris and Ben Dreyfuss (Richard's son).

Multiple Sarcasms (R for profanity and sexual references) Midlife crisis comedy about a successful but unhappy architect (Timothy Hutton) who quits his job to write a semi-autobiographical play which becomes a hit, but at the expense of his marriage and other relationships. Ensemble includes Mira Sorvino, Dana Delany, Stockard Channing, Mario Van Peebles and Chris Sarandon.

The Oath (Unrated) Al Qaeda documentary about two terrorists: Guantanamo-detainee Salim Hamdan, bin Laden's chauffeur, and his brother-in-law Abu Jandal, Osama's former bodyguard, who remains on the lam and is currently driving a taxi in Yemen. (In Arabic with subtitles)

Ocean of Pearls (PG-13 for brief profanity and mature themes) Cross-cultural drama, about an ambitious Sikh surgeon (Omid Abtahi) who takes of his turban and shaves off his beard for the sake of his career at an American hospital only to come to question abandoning his traditions in the wake of the death of a patient. With Heather McComb, Ron Canada and Frank Zieger.

OSS 117: Lost in Rio (Unrated) This sequel, another spoof of the spy genre, set in 1967, a dozen years after the original, and again starring Jean Dujardin in the title role as a hapless secret agent now en route to Brazil to track down a high ranking Nazi fugitive (Alex Lutz) living in exile in South America. (In French with subtitles)

Trash Humpers (Unrated) Geriatric set's answer to The Blair Witch Project, a "found tape" horror flick about a bunch of deranged, senile old coots on the loose and roaming around rural Tennessee while engaging in an array of deviant behaviors including, as the title suggest, mating with garbage cans.
Welcome (Unrated) Illegal alien drama about a 17 year-old Kurdish refugee's (Firat Ayverdi) arduous, inter-continental, three-month trek from Iraq to England to reunite with his girlfriend (Derya Ayverdi) whose family has already settled in London. (In French, Kurdish and English with subtitles)