DVD Review: 'Why We Laugh'

This alternately hilarious and enlightening documentary is designed to pay homage to the trailblazing pioneers of Black comedians while simultaneously recounting the evolution of the art form in light of the prevailing African American political and cultural experience.
The film was directed by Robert Townsend who compiled a most impressive cast to contribute to the project via a combination of present-day 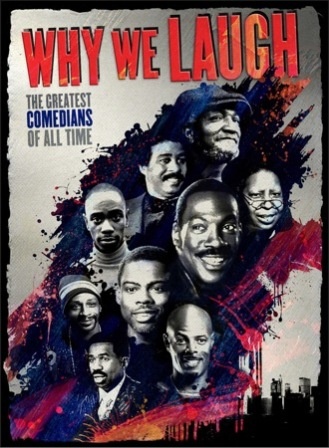 interviews and archival footage, including the posthumous performances and reflections of such late great entertainers as Red Foxx, Moms Mabley, Richard Pryor, Flip Wilson, Mantan Moreland, Steppin' Fetchit, Bernie Mac and Robin Harris.
The film winds its way to the present in chronological fashion, so it opens with a discussion of minstrel performers like Bert Williams, a Black man who darkened his face with cork to work in blackface. Former Congressman Walter Fauntroy says that during the ugly days of Jim Crow segregation, humor was relied upon as "tools of the spirit through which we cut a path through the wilderness of our despair."
Plenty of other academics and politicians weigh-in here with insights of equal gravity, including Professors Michael Eric Dyson, Cornel West and Todd Boyd, Congresswoman Maxine Waters and former NAACP Chairman Julian Bond. But the project is mostly a vehicle for the thoughts of the comics themselves, with Bill Cosby, Paul Mooney, Dave Chappelle, Franklin Ajaye and Chris Rock proving particularly valuable.

A worthwhile walk down Memory Lane as likely to keep you in stitches as appreciating the long line of African American geniuses who have made it their business to challenge the status quo, but always eliciting lots of laughter in the process.

To see a trailer for Why We Laugh, visit:
http://www.youtube.com/watch?v=vo1fIhPMZ08