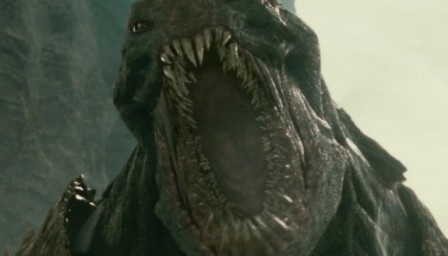 "Clash of the Titans" (PG-13 for fantasy violence, frightening images and brief sensuality) Sam Worthington stars in this action-oriented remake of the 1981 fantasy thriller about a mortal son of Zeus (Liam Neeson) who volunteers to lead a daring band of warriors on a dangerous mission to prevent Hades (Ralph Fiennes) from dethroning his father. With Gemma Arterton, Pete Postlethwaite and Nicholas Hoult.

"Furry Vengeance" (PG for crude humor, mild epithets and smoking) Eco-friendly, revenge comedy, set in rural Oregon, about a greedy real estate developer (Brendan Fraser) who gets what's coming when the creatures living in the forest learn about his heartless plans to pave over their peaceable kingdom in order to make way for a mammoth housing development. Cast includes Dr. Ken Jeong, Brooke Shields and Angela Kinsey.

"The Last Song" (PG for mature themes, violence, sensuality and mild epithets) Coming-of-age drama revolving around a rebellious, 17 year-old prodigy (Miley Cyrus) sent by her divorced mother (Kelly Preston) to spend the summer with her estranged father (Greg Kinnear) in an island resort town where she proceeds to fall in love with a local yokel (Liam Hemsworth) while mending fences and making beautiful music with her dad.

"Don McKay" (R for profanity and violence) Prodigal Son whodunit about a jaded janitor (Thomas Haden Church) who gets more than he bargained for when he returns to his hometown for the first time in 25 years at the beck-and-call of his cancer-stricken, high school sweetheart (Elisabeth Shue) only to find himself implicated in a tawdry murder mystery. With Melissa Leo, Keith David and M. Emmet Walsh.

"The Greatest" (R for profanity, sexuality and drug use) Emotionally-draining drama about a grieving couple (Pierce Brosnan and Susan Sarandon), already dealing with the untimely death of their teenage son (Aaron Johnson), who find themselves further burdened by the arrival of his flaky, pregnant girlfriend (Carey Mulligan) in need of a place to stay. With Zoe Kravitz, Johnny Simmons and Cara Seymour.

"Leaves of Grass" (R for violence, drug use and pervasive profanity) Mob comedy about an Ivy League Classics professor (Ed Norton) who is lured home to Oklahoma by a false report of his pot-dealing, identical twin's death only to end- up embroiled in a cockamamie scheme to topple his rival drug kingpin (Richard Dreyfuss). Supporting cast includes Susan Sarandon, Keri Russell, Tim Blake Nelson and Lucy DeVito) (In English and Latin with subtitles)

"The Sun behind the Clouds" (Unrated) Pacifist documentary chronicles the ongoing efforts of the Dalai Lama and other political activists lobbying for Tibetan independence fifty years after the country was conquered by Communist China.

"The Thorn in My Heart" (Unrated) Michael Gondry directs this bio-pic about the Gondry family matriarch, his feisty Aunt Suzette, a 70+ retired schoolteacher with lots of amusing stories to share about her life and career. (In French with subtitles)

"The Warlords" (R for graphic violence) Jet Li stars in this remake of The Blood Brothers (1973), an historical epic set during the Taiping Rebellion of the 1860s and revolving around the exploits of a wounded general and two bandits (Andy Lau and Takeshi Kaneshiro), all of whom fall for the same irresistible courtesan (Jinglei Xu). (In Mandarin with subtitles)