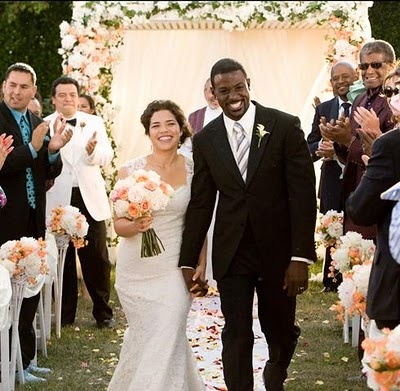 "Green Zone" (R for violence and profanity) Paul Greengrass directs this Iraq War thriller about a rogue Army Officer (Matt Damon) who relies on faulty intelligence while searching for Saddam Hussein's weapons of mass destruction all across the desert. With Greg Kinnear, Amy Ryan and Brendan Gleeson.

"Remember Me" (PG-13 for violence, sexuality, profanity and smoking) Romance drama about a grieving young rebel (Robert Pattinson), struggling to recover from his brother's suicide, who finds himself falling for the supportive beauty (Emilie de Ravin) whose shoulder he leans on. With Pierce Brosnan, Chris Cooper, Lena Olin and Martha Plimpton.

"She's Out of My League" (R for profanity and sexuality) Romantic comedy about an Average Joe (Jay Baruchel) working as an airport security guard whose own insecurities threaten to doom his new relationship with the gorgeous girl of his dreams (Alice Eve) even before it has a chance to blossom.

"Children of Invention" (Unrated) Dysfunctional family drama abut a couple of abandoned siblings (Michael Chen and Crystal Chiu) who are forced to fend for themselves as squatters in an unfinished apartment complex when their overworked, single-mom (Cindy Cheung) disappears after falling victim to a pyramid scheme. (In English, Cantonese and Mandarin)

"Delta" (Unrated) Atmospheric adventure revolving around the forbidden love which evolves between a Prodigal Son (Felix Lajko) and the sister (Orsolya Toth) he never knew when he returns home to live in their late father's dilapidated beach house located along the Danube River. (In Hungarian with subtitles)

"The Exploding Girl" (Unrated) Romance drama about an epileptic college freshman (Zoe Kazan) who broods about her inexplicably-distant boyfriend while hanging out in Manhattan with a platonic pal (Mark Rendall) over spring break.

"Mother" (R for profanity, violence, drug use and some sexuality) Moody crime thriller, set in Seoul, about an acupuncturist (Kim Hye-ja) determined to track down the killer who framed her 28-year-old son (Weon Bin) for the murder of a young woman. (In Korean with subtitles)

"Severe Clear" (Unrated) Boots on the ground documentary, shot on a mini-DV camera by Marine Lieutenant Mike Scotti, chronicling his unit's experiences on the front lines in the 21-day battle for Baghdad during the first wave of Operation Iraqi Freedom.

"Stolen" (R for sexuality) Crime thriller about a detective (Josh Lucas) who has to deal with the loss of his own son while attempting to identify the mummified remains of a boy buried in a box for 50 years. With James Van der Beek, Rhona Mitra and Beth Grant.

"Tales from the Script" (Unrated) Leading Hollywood screenwriters share the secrets of their success in this documentary featuring revealing interviews with Frank Darabont ("The Shawshank Redemption"), John Carpenter ("Halloween"), Shane Black ("Lethal Weapon") and dozens of their colleagues.