Oscar Predictions 2010: Who Will Win, Who Deserves to Win, Who Was Snubbed 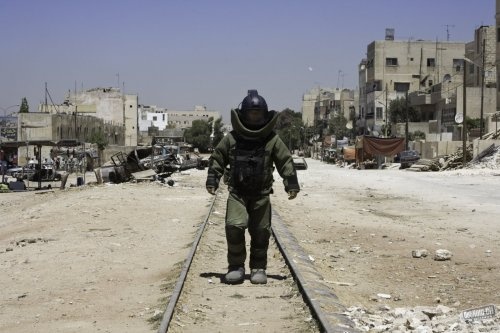 Although "Avatar" and "The Hurt Locker" landed 9 Academy Award nominations each, I foresee the former and director James Cameron enjoying a clean sweep. Breaking all box-office records, "Avatar" is a juggernaut that nobody will be able to stop on Oscar night.
This means that "The Hurt Locker," which was directed by Cameron's ex-wife, Kathryn Bigelow, might very well be shut out entirely, unless the Academy decides to split their votes between the two in the Best Director and Best Picture categories.
The most hotly-contested of the major categories is Best Actress, where the least deserving, Sandra Bullock, is the sentimental favorite. However, I anticipate that perennial-nominee Meryl Streep (16) will prevail in the most difficult contest to handicap.
That's not the case for the other three acting categories where nominees Jeff Bridges, Christoph Waltz and Mo'Nique may as well be making room on the their mantels for a new trophy.
The 82nd Annual Academy Awards, co-hosted by Alec Baldwin, are set to be broadcast on Sunday, March 7 from the Kodak Theatre in Hollywood.
Without further adieu, allow me to predict the winner in each category. I also indicate which among the nominees, in my humble opinion, is actually the most deserving. And because so many great movies and performances are invariably overlooked, I also recognize several among the snubbed which were certainly worthy of Oscar consideration.

Will Win: Avatar
While some say Avatar is only a slight favorite over The Hurt Locker, common sense says a flick which made over billion dollars is a shoo-in.
Deserves to Win: Precious
Overlooked: Taken, Drag Me to Hell and My Sister's Keeper.

Will Win: James Cameron (Avatar)
Since this category is ordinary coupled with Best Picture, that makes James Cameron this critic's pick, although the oddsmakers have installed his ex, Kathryn Bigelow, as a slight favorite for The Hurt Locker.
Deserves to Win: Lee Daniels (Precious)
Overlooked: Pierre Morel (Taken), My Sister's Keeper (Nick Cassavetes) and Sam Raimi (Drag Me to Hell)

Will Win: Jeff Bridges (Crazy Heart)
This is an easy category to handicap, even though it's not Bridges' best performance, because the Academy is inclined to reward never-recognized actors late in their career for their body of work.
Deserves to Win: Jeremy Renner (The Hurt Locker)
Overlooked: Liam Neeson (Taken) and Joseph Gordon-Levitt (500 Days of Summer)

Will Win: Meryl Streep
It's great that Sandra Bullock (The Blind Side) got all the early accolades, but Academy-darling Streep's delightful impersonation of Julia Child is apt to prove irresistible when it comes time to cast ballots.
Deserves to Win: Gabby Sidibe (Precious) will be ignored because she's a newcomer, despite being absolutely mesmerizing in her acting debut.
Overlooked: Tilda Swinton (Julia), Charlotte Gainsbourg (Antichrist) and Gwyneth Paltrow (Two Lovers) and Zooey Deschanel (500 Days of Summer)

Will Win: Christoph Waltz (Inglourious Basterds)
Not much competition here for Waltz's nonpareil performance, other than Woody Harrleson (The Messenger) who will run a distant second.
Deserves to Win: Christoph Waltz
Overlooked: Anthony Mackie (The Hurt Locker)


Note: I only passed on four categories: Foreign Language Film (which I have an abysmal history of handicapping) and the three short categories: Live-Action, Animated and Documentary.