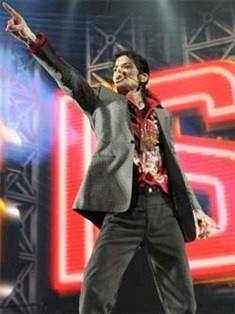 (NNPA) - Michael Jackson's concert movie "This Is It" has raked in more than $200 million at box offices around the world in only its first two weeks of release, placing it No. 22 among the highest global earners of the year.
The film has grossed $61 million in North America and more than $140 million internationally, Sony Pictures Entertainment announced last week. Japan ($27.2 million) and the UK ($14.3 million) were particularly strong markets.
Industry tracker boxofficemojo.com crunched the numbers to reveal that "This Is It" is now the 22nd biggest grossing movie worldwide of 2009. The $200 million plus haul is almost three times more than 2008's "Hannah Montana/Miley Cyrus: Best of Both Worlds Concert Tour" -- a movie some box office watchers had used as a benchmark for "This Is It."
The Jackson film opened on October 28 for a planned two week run but has since been extended until early December.
Information from Eurweb.com and the boxofficemojo.com contributed to this report.