By Kam Williams for The Skanner News
Published: 04 September 2009 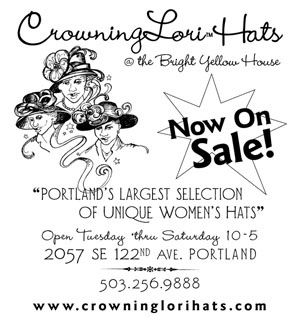 World-renowned Dr. Ben Carson has long been considered by his colleagues as the best pediatric neurosurgeon around, so it's no surprise that he remains in such great demand. Besides being stationed at Johns Hopkins Hospital in Baltimore where he performs over 300 operations on children each year, the peripatetic physician also crisscrosses the planet to share his miraculous talents with less fortunate folks in developing countries who can't afford his services.
Dr. Carson is best known for his seminal work separating Siamese twins joined at the head, including the 50-member medical team he led during a 28-hour operation on a couple of nine month-old Zambian babies in 1997. Despite being the recipient of countless accolades including the Presidential Medal of Freedom, the nation's highest civilian honor, the humble doctor has never let his success go to his head. Instead, this devoted family man and devout Christian is quick to credit the Lord for his bounty of blessings.
Unless you've read his autobiography, Gifted Hands, you probably have no idea how many hardships Dr. Carson encountered en route to reaching the pinnacle of his profession. For he and his brother, Curtis (Tajh Bellow) were raised in the slums of Detroit by an overwhelmed, divorced single-mom (Kimberly Elise) who juggled numerous jobs as a housekeeper and babysitter just to keep a roof over their heads.
Furthermore, because she couldn't read, Sonya Carson wasn't able to help her sons with their homework. She still emphasized both religion and education, sensing that that combination offered their best chance of avoiding the pitfalls of the ghetto.
Yet, Bennie fell far behind in grammar school where he was being mercilessly teased and regarded as bordering on mentally-retarded. His fortunes began to change only after his mother recognized that he needed eyeglasses. Then, relying on a combination of faith in God and a dedication to hard work, the youngster rededicated himself to academics, determined to show those who had labeled him dumb that he could set his sights high and become a doctor.
Now, Gifted Hands has been adapted into an inspirational bio-pic starring Cuba Gooding, Jr. in the title role. A moving tribute to a real role model who's living proof that it's possible to overcome any obstacle standing between you and your dreams.