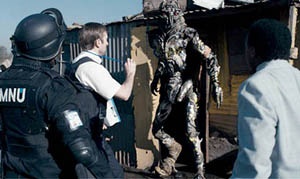 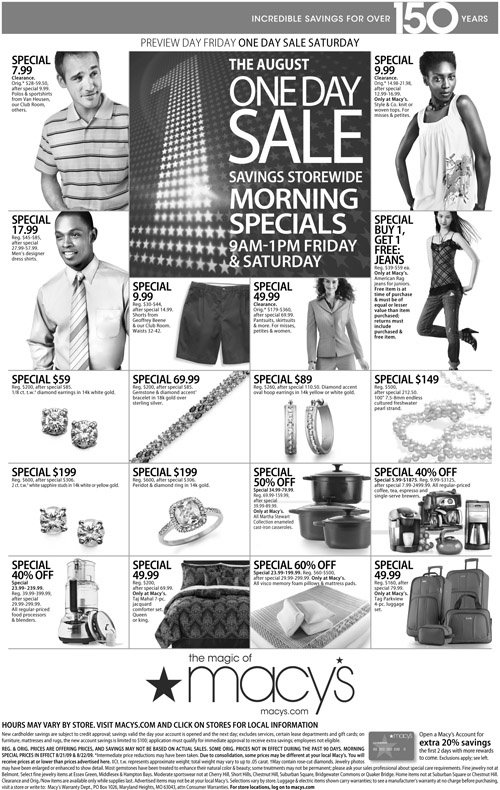 In 1999, "The Blair Witch Project" heralded the arrival of a new genre of horror flick cobbled from faux video footage ostensibly shot on shaky, handheld cameras from the limited point-of-view of one of the monster's ill-fated victims.
Curiously, these pseudo documentaries have simultaneously relied heavily on mysterious viral ad campaigns designed to pique curiosity via word-of-mouse spread over the Internet. Until recently, last year's sensational "Cloverfield" had been the most effective since "Blair" at employing a combination of these marketing and moviemaking strategies.
Now, the cleverly-conceived "District 9" promises not only to eclipse "Cloverfield," but to break some cinematic ground of its own. This harrowing tale of man versus alien marks the auspicious directorial debut of South African Neill Blomkamp.
The story is set in Johannesburg in 2010, a few decades after the arrival of a race of extraterrestrial refugees from a dying planet. With their mothership hovering in the air just above the city's skyline, the creatures have been kept cooped up in District 9, a "temporary" concentration camp which over the intervening years has degenerated into a blighted ghetto. The locals refer to the aliens by the slur "Prawns" and have no problem with the impending government plans for a forcible relocation of the social nuisance to a site 200 miles away by a private company called Multi-National United (MNU).
The film unfolds principally from the perspective of Wilkus Van De Merwe (Sharlto Copley), a nerdy bureaucrat enjoying a plum position at MNU due to nepotism because his boss is his father-in-law (Louis Minnaar). The plot thickens when Wilkus is asked to oversee the exodus from District 9 only to end up accidentally infected by a DNA-altering substance which starts changing him into an alien. He is subsequently hospitalized but bolts from his bed after overhearing that the doctors have decided to euthanize him in order to study his morphing organs for medical science.
Meanwhile, the South African military rationalizes an escalation of the ruthless roundup into an indiscriminate slaughter reminiscent of the mistreatment of the indigenous peoples under Apartheid. So, Wilkus returns to District 9, switching loyalties to lead the resistance, suddenly sympathetic to the plight of the brutalized Prawns he has increasingly come to resemble.
A thoroughly-absorbing, edge-of-your-seat thriller which is right up there with the best of sci-fi because of the subtle fashion in which it delivers its thought-provoking, universal message about ethnic tolerance.