"Piney Ridge," an award-winning play written by La'Chris Jordan and directed by Isiah Anderson, Jr., runs through April 5, at the Langston Hughes Performing Arts Center, 104 17th Ave. S., in Seattle.
After a race riot tears apart a small Virginia town in 1910, the residents of Piney Ridge are outraged when a young White girl from a sharecropping farm is physically attacked. 'Piney Ridge' explores the rifts of race, class, and social injustice.
The Skanner spoke to Isaiah Anderson last month about the show, his career, and the future of urban youth in the Pacific Northwest.

The Skanner: This play has won several art festival prizes. Can you talk a little bit more about LaChris Jordan's vision? 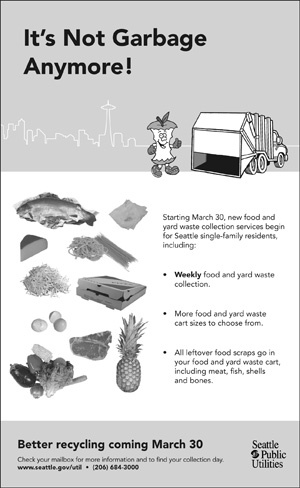 Most definitely. LaChris' vision if I can put it in one word, is worldwide. LaChris goes with issues, first and foremost, that she's experienced, that she feels as though unless she expresses them  in a way, that people will continue to suffer along the lines of thinking 'I'm all by myself in this world with this issue.' And her quest is just to make sure that she gets out to people that these things are real, they're real to me, they're real to you, and it's our job to make sure that we share our stories, so that it unlocks doors, and tears down walls that a lot of people have put up in their lives.

The Skanner: You're a director and also a comedian? Can you talk about the work you do when you're not involved in this production?

My paying job is I'm the director of youth productions and I'm the teen development leader at the Langston Hughes Performing Arts center. And my professional personal life I'm a standup comedian, actor, and performer. That's what I've been doing for over 20 years. So throughout the year I may be out of town performing somewhere doing standup or being at a different event, or putting on youth productions. Comedy is who I am, it's not actually what I do. I grew up as a young person who is the class clown, in my family I was Mr. Funny Guy, so it all kind of came into play, and I was just blessed to be able to use my gift of laughter to do what I do successfully.

The Skanner: At all the Piney Ridge shows, students under 18 get in for free?

The Skanner: And you're going to have some discussions after the show. Why did you decide to do it that way?

You know that was the request of LaChris Jordan, and once she said it, at first I was kind of apprehensive as to why she was doing it. But when she explained to me and we started talking about it, it makes total sense to me that you would allow people to come in free to experience something that they would otherwise say, 'I don't have the money to.'

The Skanner: In Seattle a lot of people are working on issues of youth and youth violence. In fact a young beloved music promoter, Reggie Love, was recently killed. When you work with the kids, what do they need? What should we be doing for them?

The young man you're speaking of, as we speak right now, at my work we're having a memorial service for him here at Langston Hughes, so people are piling into the building as we speak to do a community family memorial and just to say, we're all in this together and we need to work together to resolve these issues.
With the issue in the state that it is, I think it's not until these things happen that people stop and look at it and go, wow, it is pretty bad when a kid who has absolutely no affiliation with gangs and wrongdoing is killed.
I believe what we need to offer to young people is the ability of expression. Because they're bogged down with so much of what you cannot do, with what you should not, that it cuts off their creative thinking.
It's just very difficult and then we're living in a world where here we are, adults, and we're having this horrible time when we're losing jobs, and losing homes, and kids growing up already didn't have hope of succeeding.
So I think it's our job to say to them, there is hope, and this is how you can obtain it. We're a community theater, but that's not what we focus on. We focus on the inner youth, the inner being of an individual who wants to just be a better person, lead a better life.
We're recognizing history not just as something that has happened, but that is happening. So a young person who does something positive today, tomorrow is history. Not 20 years from now, not 30 years from now – but tomorrow. So I think it's the importance of allowing young people the knowledge of what they can create right now — the history that they can create right now.