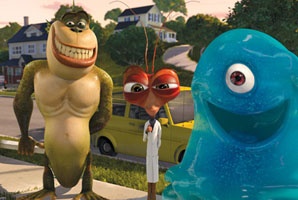 BIG BUDGET FILMS
"12 Rounds" (PG-13 for intense violence) Crime thriller, set in New Orleans, about a police detective (John Cena) who finds his fiancée (Ashley Scott) kidnapped by a revenge-minded escaped-con (Aidan Gillen) whose own girlfriend had been accidentally killed during their apprehension for a multi-million dollar heist.
"The Haunting in Connecticut" (PG-13 for intense terror and disturbing images) Haunted house tale, based on a true story, recounts the host of supernatural horrors visited upon a family which unsuspectingly moved into a recently-renovated Victorian mansion that had been a mortuary where unspeakable acts had transpired. Principal cast features Virginia Madsen, Kyle Gallner, Elias Koteas and Amanda Crew.
"Monsters vs. Aliens" (PG for sci-fi action, crude humor and mild epithets) Animated adventure about a girl (Reese Witherspoon) turned into a 50 foot-tall giant by a meteorite, who is called upon by the president of the United States (Stephen Colbert) to defend the planet against an army of invading aliens with the help of a rag-tag team of monsters. Voice cast includes Seth Rogen, Hugh Laurie, Will Arnett, Kiefer Sutherland, Amy Poehler, Paul Rudd and Renee Zellweger. 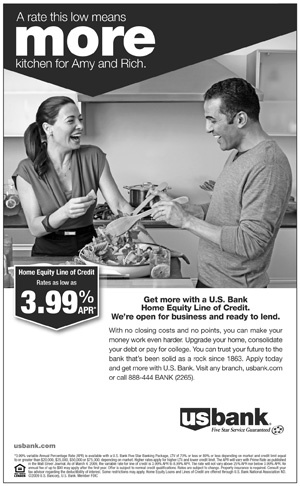 INDEPENDENT & FOREIGN FILMS
"American Swing" (Unrated) Wife-swapping documentary revisits the rise and fall of Plato's Retreat, the New York City sex club that opened in 1977 and catered to its orgy-loving clientele until the specter of AIDS began to take the luster off the hedonistic lifestyle by the early 80s.
"The Country Teacher" (Unrated) Romance drama revolving around a homosexual schoolteacher (Pavel Liska) who takes a new position in a rural region of the Czech Republic where he befriends a recently-abandoned housewife (Zuzana Bydzovska) in order to put the moves on her handsome, 17 year-old son (Ladislav Sedivy). The plot triangulates when the closeted gay's ex-lover (Marek Daniel) arrives in town, ready to reconcile and to resume their relationship. (In Czech with subtitles)
"The Education of Charlie Banks" (R for sexuality, violence, drug and alcohol abuse, and pervasive profanity) Déjà vu drama about a college freshman (Jesse Eisenberg) whose adjustment to an Ivy League school is complicated by the arrival on campus of a childhood bully (Jason Ritter) he still has nightmares about. With Eva Amurri, Chris Marquette, Sebastian Stan and Gloria Votsis.
"Guest of Cindy Sherman" (Unrated) Art critic Paul Hasegawa-Overacker directs this bio-pic dissecting his romantic relationship with reclusive artist Cindy Sherman. Includes appearances by Danny De Vito, Molly Ringwald, Eric Bogosian and John Waters.
"The Mysteries of Pittsburgh" (R for nudity, profanity and graphic sexuality) Crime comedy, set in Pittsburgh in the 80s, about a recent college grad (Jon Foster) whose plans to begin working on Wall Street are interrupted by a chance encounter with his freshman roommate-turned-drug dealer (Omid Abtahi) leads to a lustful but dangerous liaison with a femme fatale (Sienna Miller) already linked to a felon (Peter Sarsgaard) with evil intentions.
"The Perfect Sleep" (Unrated) Anton Pardoe wrote and stars in this neo-noir mystery about a man with no name who returns to his hometown for the first time in ten years to protect the elusive femme fatale (Roselyn Sanchez) he's always loved from afar.
"Shall We Kiss?" (Unrated) French flashback farce in which a couple of strangers (Julie Gayet and Michael Cohen) who meet en route to Paris and spend a long evening together there weighing the pros and cons of sharing an illicit farewell kiss. (In French with subtitles)
"Spinning into Butter" (R for profanity) Hate crime saga, set on the verdant campus of a college in Vermony, finds the school's dean (Sarah Jessica Parker) reexamining her feelings about prejudice when racial epithets threatening lynching are plastered to the dorm room door of a Black student (Paul James). With Beau Bridges, Mykelti Williamson and Miranda Richardson.